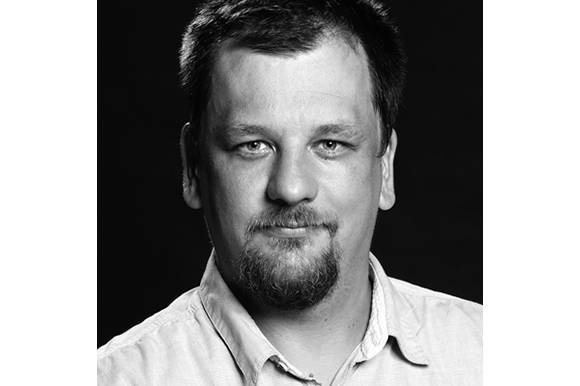 SARAJEVO:The Association of Filmmakers of Bosnia and Herzegovina will be represented at the EFP Producers on the Move for the second year in a row, with Zoran Galić selected for the 2017 honor.

Galić is from Banja Luka, the capital of the Republic of Srpska, and is a dominant figure in the audio-visual sector of the smaller entity of Bosnia and Herzegovina and among five most influential producers in the country. He graduated in Film and TV Directing from the Academy of Arts in Banja Luka, but while he was still studying he realised he had a passion and talent for production. This passion led him to start Vizart Film in 2003 and produce numerous short, documentary and feature films including his latest success All The Cities Of The North (2016, Dart, SCCA/pro.ba, Code Blue, Vizart) by Dane Komljen, which premiered in the Signs of Life programme at the Locarno Film Festival. Galić holds an M.A. in Creative Film and TV Production from the Faculty of Dramatic Arts in Belgrade and he is an EAVE graduate.

When asked about what he can offer as a potential coproducer, Galić doesn’t shy away from problems the film industry in Bosnia and Herzegovina is facing on the daily basis. He doesn’t have a problem talking about limited funds in the country or the fact that good relationships with the private sector are still to be established, but he is quick to add that it is important not to forget that there is more to coproduction than just "pooling of different sources of financing together."

"I can offer shooting days and highly skilled film professionals at considerably lower prices than in most other countries in Europe. At the beginning of my career I worked as a director, editor, actor, sound recordist etc. This experience has given me deeper understanding of each of the stages of film production and makes me a valuable creative coproducer. My company has accumulated a lot of high-quality film equipment, which is also 'money'. To sum up, the majority of films I have produced have been coproductions and in each one my role as a coproducer was different. Therefore, I would say, that the answer to this question lies in the very project which is the subject of coproduction," Galić told FNE.

Galić insists on the importance of regional cooperation, not only in terms of coproductions, but distribution also, as BiH is one of the four countries with a total of over 15 million people speaking the same language. He finishes on an optimistic note: "In ex-Yugoslavia, film was one of the best export cultural products and even though these are not very favourable times for the film industry in Bosnia and Herzegovina, its history and potential promise a brighter future."

This email address is being protected from spambots. You need JavaScript enabled to view it.
+387 65 26 15 27
www.vizartfilms.com