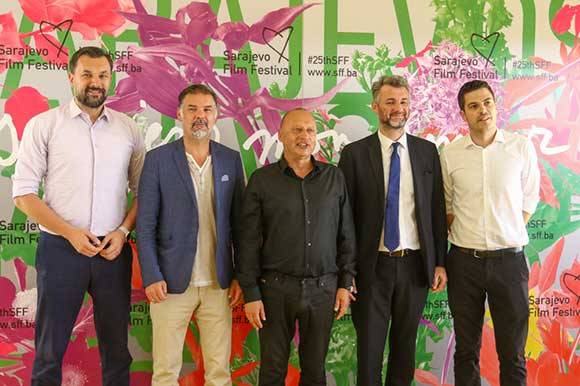 SARAJEVO: The government of Sarajevo Canton has announced it will allocate approximately 1 m EUR / 2 m BAM of its budget for film and television production grants starting in 2020. The new initiative will work as a rebate of an as yet unspecified share of qualified production costs to the local producer, co-producer or executive producer from the government budget. The amount of the rebate will be calculated using a clearly defined formula and could be as much as 30% for some projects.

The new initiative, which is intended to boost film and TV production in Bosnia and Herzegovina, was announced during the 25th Sarajevo Film Festival. "Bosnia and Herzegovina is finally using the fact that it is an extremely decentralised state, by allowing parts of the country which really want to produce cinema and television to make the moves that will secure better working conditions for the industry. By promising to start the programme for TV and film production incentives, the Government of Canton Sarajevo puts the canton on the map of the rare cities or local communities with that kind of incentives and shows the way for the rest of the region”, Jovan Marjanović, Head of Industry at the Sarajevo Film Festival, told FNE.

“I sincerely hope that other levels of the Government in Bosnia and Herzegovina will recognise the importance of this programme and will start similar support programmes, as we are talking about an industry that will grow and that is part of the contemporary, creative economy, which is the fastest growing sector of European industry," Marjanović added.

The Government of Canton Sarajevo is hoping to create new jobs in the sector, to increase the output of high-quality film and television content in Canton Sarajevo, to attract foreign coproductions and mobile productions, and to strengthen the international brand of Sarajevo as a film and tourism centre for the region.

Bosnia and Herzegovina, with its highly complicated political system, has been struggling in vain for years to organise its creative industry and to set up incentives and a legal framework for the audiovisual industry. The country still doesn’t have a regulatory law or film centre.