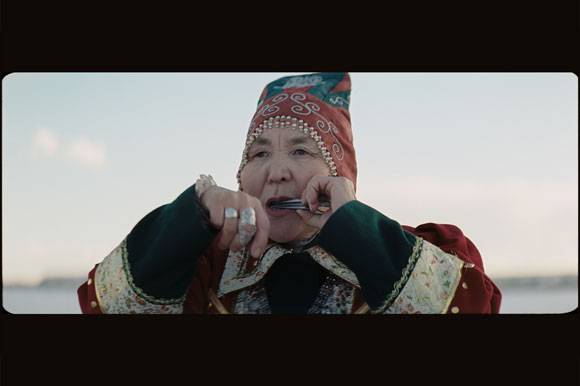 VARNA: Milko Lazarov’s sophomore feature Ága will screen in the main competition of the 36th Golden Rose National Film Festival (27 September-4 October 2018). This Bulgarian/German/French coproduction had its world premiere out of competition at the 68th Berlinale IFF and it was awarded best film both at the 36th Fajr IFF and the 24th Sarajevo FF.

The script, which Lazarov co-wrote together with Simeon Ventsislavov, tells the story of Sedna and Nanook, an aged couple living in the far North.

Shooting took place in the spring of 2017 in the Sakha (Yakutia) Republic within the Russian Federation, known as one of the coldest places on Earth. It was the first time when a Bulgarian film director worked at temperatures below 30 degrees. “The team was provided with Arctic equipment, something very important in extreme weather conditions. Mongolian production designer Agi Dawaachu, who has lived in Germany for over 30 years, designed an authentic yurt, which was installed on the frozen Lena River,” producer Veselka Kiryakova told FNE. The film was shot by the DoP Kaloyan Bozhilov on 35 mm with anamorphic Cooke lenses.