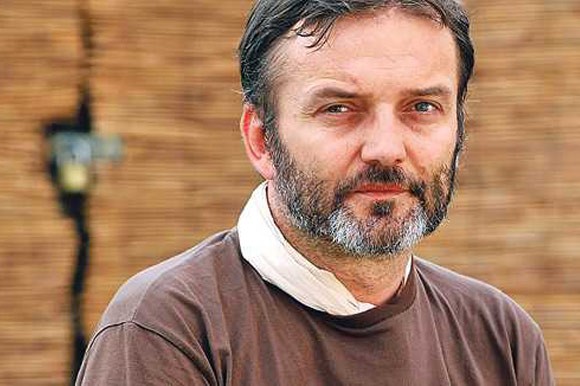 ZAGREB: For Sinisa Juricic, a European Film Promotion 2012 Producer on the Move, the most difficult task of a film producer is "to keep everyone happy."

Juričić a graduate in Acting and Film Production from Zagreb's Academy of Dramatic Arts (www.adu.unizg.hr) and founder of the production company Nukleus Film (www.nukleus-film.hr) in 2009 and its Slovenian subsidiary in 2012, is a former rugby player who considers himself trained at seeing "instantly if someone is not doing their job or trying to avoid responsibilities."

He's built up an impressive producing career in a short time. He produced Atanas Georgiev's Cash & Marry, which won the Regard Neuf Award in Nyon (www.visionsdureel.ch) and the Audience Award at Liburnija Film Festival (www.liburniafilmfestival.com), Vladimir Gojun's Cycles, awarded with the Grand Prix at the Mediterranean Film Festival in Siroki Brijeg (www.mff.ba ) and Petar Oreškovic's Get a Move On!, named Best Croatian Short at the Mediterranean Film Festival last year. His latest film, Ilian Metev's documentary Sofia's Last Ambulance will have its premiere in the Semaine de la Critique section (www.semainedelacritique.com) in Cannes 2012 .

However it's not the prizes that make Siniša Juričić most proud, but the fact that he can affect change with his films. "Cash & Marry, which dealt with the illegal immigration in Austria, opened a public discussion and the result was that EU (europa.eu) has lifted the ban on visa regime for Serbia and Macedonia. It's arrogant to think that one film changed the policy, but maybe some members of the Parliament had the film in mind when they voted for change," Juričić told FNE. He hopes that one of its next cross-media projects, Gates of Europe (which he will co-direct together with Vicky Miha), will have a similar impact on the people suffering due to the illegal immigration.

It's not difficult to imagine that a producer for whom "the most inspirational moment is when the job is done" needs a busy agenda. Juričić wants to continue building bridges between Southeastern Europe and Western Europe and beyond. "The aim is to have strong partners in Europe and in the US and I think I am on the right path," he says.

His next project will be in Slovenia with the Slovenian outpost of Nukleus Film, Ziga Virc's Houston, We Have a Problem, a coproduction with Studio Virc from Slovenia and a riveting story about the space program in former Yugoslavia and how it was sold to the Americans. Afterwards he wants to co-produce (with Norway) an adaptation of the well-known novel of the Bosnian-Norwegian writer Bekim Sejranovic, Ljepši kraj/More Beautiful Ending. Projects with Slovak director Peter Kerekes, Austria and Switzerland are underway. In addition, he's also work on cross-media projects, beginning on one that will be co-produced by eight European countries.