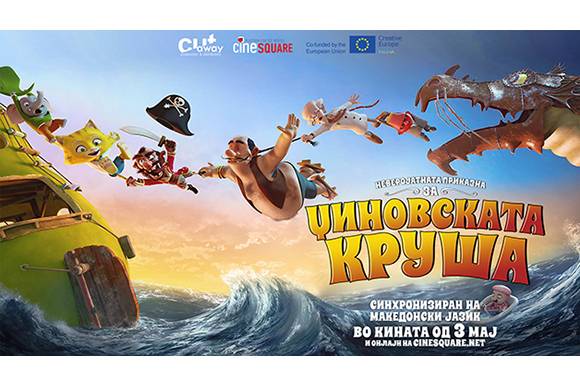 The Incredible Story of the Giant Pear

SKOPJE: The Macedonian distribution company Cutaway will introduce its first ever multiplatform day-and-date release in three Balkan countries (Croatia, Albania and Macedonia) on 3 May 2018. Films will be available for the first time in cinemas and on two Video on Demand platforms at once: Cinesquare.net and Pantaflix.

This release pattern and multi-territory releases are being handled by the project CutAway online and offline: New digital forms of distribution of the film in the Balkans - Volume 2, coordinated by Cutaway in partnership with Croatia’s Radar and Albania’s Tirana Film Institute. The aim is to screen the Danish children's film The Incredible Story of the Giant Pear, dubbed in the languages of the countries and using cross-platform strategies to optimise the visibility and exploitation of films across more platforms. The three dubbed versions of the film will be available pay-per-view on the platform Cinesquare.net, supported by Eurimages and the Macedonian Film Agency, and on Pantaflix for Croatia only.

As the first part of the project, in November 2017, Cutaway introduced the festival-to-date scheme in Macedonia and Albania, with two films screening simultaneously at CINEDAYS Festival of European Film and Tirana International Film Festival and on the VOD Platform Cinesquare.net. The German children's film Raffi marked the first festival-to-date screening of a children's film in those countries.

The project has won backing from the MEDIA Programme after a Call for Proposals for innovative strategies for distribution and promotion of European audiovisual works.