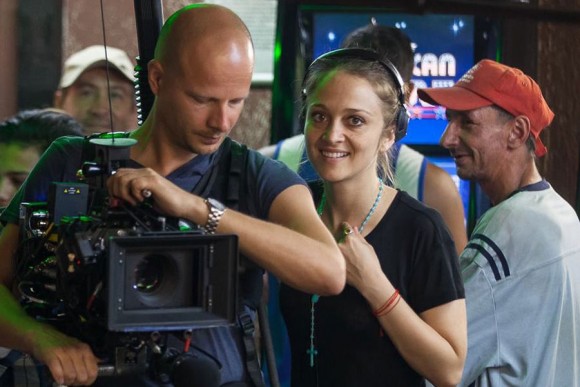 BUCHAREST: Ivana Mladenovic’s debut feature Soldiers. A Story from Ferentari, a contemporary gay love story set in the poorest neighborhood of Bucharest, is currently shooting. The film is a Romanian/Serbian/Belgian coproduction, produced by Ada Solomon through HiFilm Productions.

Adi (35), a young anthropologist, recently dumped by his girlfriend, moves to Ferentari with the desire of writing a study on manele (the pop music of Roma community). While researching his subject, he meets Alberto, a Roma ex-convict who promises to help him. Soon, the two men start a love affair and what seems for Adi at the beginning a simple matter of having fun becomes little by little a nightmare, since Alberto is both dangerous and fragile, and belongs to a world whose codes Adi doesn't know.

The film is produced by Ada Solomon through HiFilm Productions in coproduction with Serbia’s Film House Bas Celik and Liège-based FRAKAS Productions. The budget is 690,000 EUR, representatives of HiFilm told FNE. Approximately 50,000 EUR is needed to close the budget. The project is supported by the Romanian Film Centre, the Serbian Film Fund, Tax Shelter Belgium and Eurimages. The project received the Living Pictures Service CineLink Award at the Sarajevo Film Festival in 2015.

Shooting started on 10 August 2016 and will wrap on 17 September 2016. The final copy of the film should be ready in mid-2017, while the international premiere is set for 2017 or early 2018. Micro Film will distribute the film in Romania. No sales agent is attached to the project yet.