The Painted Bird is the Czech Oscar candidate 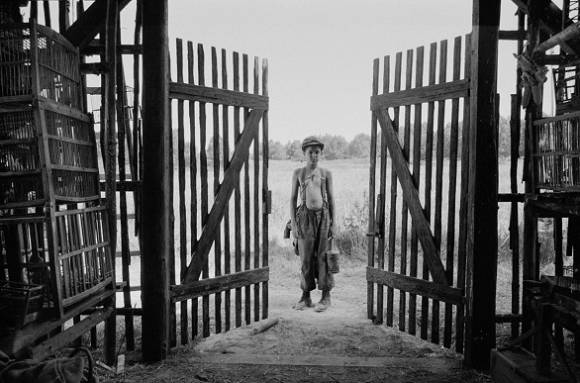 The Czech Film and Television Academy selected The Painted Bird as this year's Czech Oscar candidate. Czech-Ukrainian-Slovak drama written, directed and produced by Václav Marhoul, will represent the Czech Republic as the official submission for the 92nd Academy Awards in the Foreign Language Film category.

The film follows the journey of The Boy, entrusted by his persecuted parents to an elderly foster mother. The old woman soon dies and the Boy is on his own, wandering through the country-side, from village to farmhouse. As he struggles for survival, The Boy suffers through extraordinary brutality meted out by the ignorant, superstitious peasants and he witnesses the terrifying violence of the efficient, ruthless soldiers, both Russian and German.

When the war ends, The Boy has been changed, forever.

INTERVIEW WITH THE DIRECTOR

The film was supported by the Czech Film Fund in both development and production stages (with EUR 992,308) and also in the film incentives programme.

The Journey to Oscars

Václav Marhoul (Tobruk, 2008 and Smart Philip, 2003) worked on The Painted Bird, based on the eponymous novel by Jerzy Kosiński, for 11 years, and created a meticulous 35mm black and white evocation of wild, primitive Eastern Europe at the bloody close of the World War II.

After that, The Painted Bird had its North American Premiere at Toronto International Film Festival in Special Presentations. (READ MORE)

The Hollywood Reporter:
“There are moments in the black-and-white wasteland of devastated Eastern Europe that recall Soviet masterpieces of horror like Tarkovsky’s Andrei Rublev or Elem Klimov’s Come and See.”

The Guardian:
“I can state without hesitation that this is a monumental piece of work and one I’m deeply glad to have seen. I can also say that I hope to never cross its path again.”

Little White Lies:
“It’s tough to amply describe the film’s relentlessly brutal pleasures, but those who have seen films like Andrei Tarkovsky’s Ivan’s Childhood, Robert Bresson’s Mouchette or Elem Klimov’s Come and See might have an idea of the grim terrain we’re on here.”

Variety:
“Marhoul has stripped the text to its barest, tersest bones, wisely eschewing any voiceover and trusting in d.p. Vladimír Smutný’s expert camera to steer our point of view.”