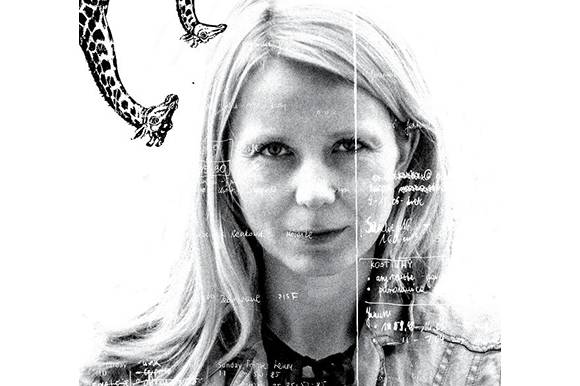 Gawlita was a participant in the Berlinale Talents 2017 programme, Emergiing Producers 2017 and EKRAN + 2017 at the Wajda School. She holds a scholarship of the Minister of Culture and National Heritage and she is a lecturer on the course "Creative Producer" at the Wajda School and copyright law workshop.

She is the co-owner and president of KIJORA FILM, and is the producer of documentary films by Tomasz Wolski. This year she completed her co-directing documentary debut Festival and in 2018 intends to make her solo debut documentary film Krzyżoki.

Anna Gawlita: I'm a lawyer. But my life partner Tomasz Wolski, a documentary filmmaker, brought me closer to the process of filmmaking. First, I helped him with the production of his films, but just after the end of the law application and passing the final exam, instead of opening my own law firm, I began to work full-time. My production education is based solely on practical activities and experiences. Now I'm balancing my work between documentary and feature films. I was executive producer of the short storyline, and this year shot my debut feature-length feature production. This is a low-budget film by the visual artist Agnieszka Polska Hurray Still Alive, which is at the postproduction stage.

Anna Gawlita: It's pretty banal, but for me in the documentary film the most valuable aspect is meeting the characters, just discovering their world, touching things that are super important to them, but also those not essential but necessary to show in the film. That is why I like to participate in the work on the set, when I can be a direct observer of life, the activities of the real person. Tables, funding, various strategies may be less exciting to me, but also interesting, because each film has a different way of production, which must first be discovered and then accomplished. In feature film, however, I discovered other fascinating issues, which in the production of documentary films I would not even have a chance to experience. Of course, first and foremost, this creative part, which is the most important for me in both genres, is how different and demanding the implementation approaches are. That's why I have the feeling that balancing between documentary and documentary production, perfecting and developing as a producer, makes my work experience more harmonious and allows me to use more resources than if I were dealing with only one genre.

Anna Gawlita: I would love to create a book of good practice in film production, in which a comprehensive chapter would be a list of mistakes and omissions made by producers based on their own experience. I would add a few!
But it seems that the biggest mistake a producer can make is choosing the wrong project, or rejecting one that was later successful. The problem is that there is no key that assures such decisions are made in a manner that is appropriate or good for the producer.

Contact:
mobile: +48 609 421 497
This email address is being protected from spambots. You need JavaScript enabled to view it.
kijorafilm.com
Tweet