The Dissidents Opening in Estonia Featured 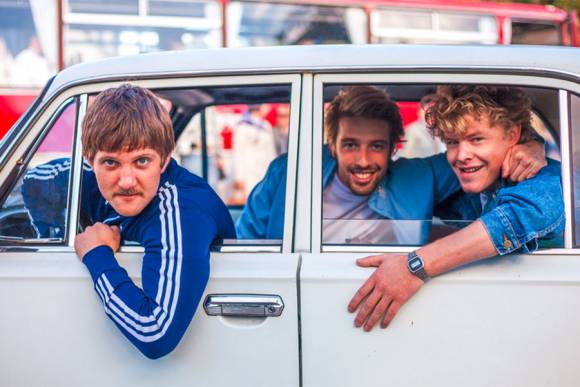 The Dissidents by Jaak Kilmi

The Estonian/Finnish/Latvian film is produced by Taska Films and Film Angels Productions. Sales are being handled by Michael Werner at Eyewell.

The film, with a script by Martin Algus, is set in the 1980’s. Three young men flee the Soviet Union to Sweden in search of the awesome life style they’ve seen on American TV shows, such as Miami Vice and Knight Rider. At first the Swedes welcome them as real heroes, who broke through the Iron Curtain, but soon they're regarded as just more tedious immigrants. To put food on the table, they have to do something as lame as work! But the boys are no quitters, so they come up with new crazy plans sure to guarantee success in the Western world.

Taska Films OÜ
Kristian Taska
Phone: +372 520 3000
E-mail: This email address is being protected from spambots. You need JavaScript enabled to view it.
www.taska.ee

Eyewell AB
Michael Werner
Phone: +46 70 733 28 55
E-mail: This email address is being protected from spambots. You need JavaScript enabled to view it.
www.eyewell.se