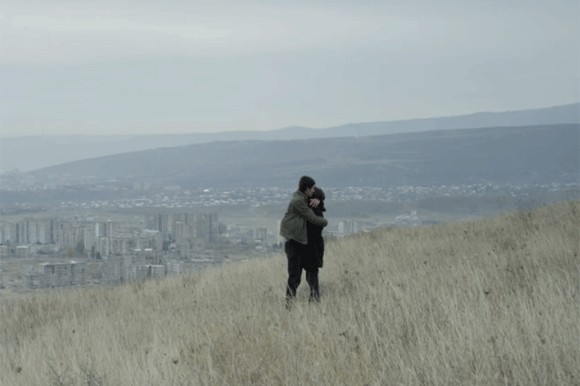 Georgia faced two important events in 2015 - it joined the Creative Europe Programme at the end of February 2015 and introduced its first tax rebate law, which will start functioning in 2016. International coproductions also took off, especially documentaries. This is due to the fact that Georgia launched a new call for documentary coproductions in March 2014.

In May 2015 it was announced that Tbilisi-based 20 Steps Productions and Caucasian Film Service were partnering with UK production house Film and Music Entertainment (F&ME) to shoot two films in 2015-2016: How to Sell a War by Rudolph Herzog and Dede by Mariam Bakacho Khatchvani. F&ME producer Mike Downey said: "We see coproduction as a reciprocal two way street, hence our enthusiasm to engage with talented Georgian filmmakers at the highest level."

Dede started shooting in autumn 2015 and is expected to complete shooting in January 2016. The film is produced by 20 Steps Productions in coproduction with UK’s Film and Music Entertainment and Croatia’s MP Film Production.

Seven documentaries were shot in 2015: New Berlin Wall by Toma Chagelishvili, City of Sun by Rati Oneli, The Channel by Salome Jashi, Station by Nino Orjonikidze, Prime Meridian of Wine by Nana Jorjadze, Show for a Brad by Zurab Inashvili and Refugee Boat Enguri by Vakhtang Varazi.

The call for documentary coproductions launched by GNFC in March 2014 boosted international productions. For example, The Dazzling Light of Sunset (working title / aka The Station) by Salomé Jashi, is a 90-minute documentary produced by Sakdoc Film in coproduction with Germany's Inselfilm Produktion.
When the Earth Seems to Be Light by Salome Machaidze, Tamuna Karumidze and David Meskhi, produced by Georgian Artist Collective Goslab in coproduction with Georgia's Zazarfilm and Germany's Jörg Langkau, is a documentary about young Georgian skaters, artists and musicians feeling trapped between the powers of the church and the political world. The film was awarded Best First Appearance at IDFA in 2015 and received Best Georgian Documentary Award at 16th Tbilisi International Film Festival.

The documentary Double Aliens, a Latvian/Georgian coproduction directed by Ugis Olte, was the only minority coproduction produced in Georgia in 2015. This road movie was produced by Latvia’s VFS Films in coproduction with Georgia’s Sakdoc Film. The film won the Batumi International Film Festival and Cinedoc Film Festival.

Two animated films were shot in 2015 – Kite by Lado Sulakvelidze and Jino by Dato Kiknavelidze.

Fewer international productions were shot in Georgia in 2015 compared to 2014. Among them is the Indian production Kanche by Radha Krishna Jagarlamudi, produced by Centrum Direct Limited.

In summer 2015 GNFC announced that a tax rebate scheme would be launched in January 2016. “The interest in filming in Georgia already exists, and we think that the facilitation of the financial side and the customer oriented incentive scheme will increase the number of foreign film productions significantly,” David Vashadze, Head of Export and Distribution at GNFC told FNE.

Producer Vladimer Katcharava from 20 Steps points out the advantages and disadvantages of shooting in Georgia: “It’s a film friendly country. Everyone, from ordinary people to governmental structures, tries to help, it’s cheap to shoot here and still get good quality, and there are good locations. However, our main problem is that the industry is very small and it’s impossible to have two films shooting at the same time.”

Speaking about the importance of international coproductions, Nana Janelidze, the head of GNFC, said: “If you want to be a part of Europe and of the film industry, you need to be in this bloodstream. We give something and we receive something back, and we really need to be very close to each other because we are a one big family”.

A total of 90 films were distributed in Georgia in the first 10 months of 2015, of which 17 were domestic films. The number of European productions in Georgian cinemas is scarce. The leading distributor in 2015 was the Russian company Inter Film.

In September 2015 it was announced that Levan Tutberidze's Moira has been selected by Georgia to compete in the Best Foreign Language Film category of the 88th Academy Awards. Moira, a film about the poverty of a seaside family, had its world premiere at the San Sebastian Film Festival on 23 September 2015. The film was produced by Levan Tutberidze with the financial support of the Ministry of Culture and Monuments Protection of Georgia. Moira Film is handling the sales.

Zaza Urushadze’s Estonian/Georgian coproduction Tangerines (Allfilm, Cinema 24) was sold in more than 25 territories so far, from Europe to USA, China, Philippines, Latin America and Australia. In Greece it had 3,880 admissions in its first week. The film was released in 17 cinemas on 28 June 2015 and by 6 June 2015 it was neck-to-neck with the American action comedy Hot Pursuit starring Reese Witherspoon and Sofia Vergara, which sold 4,743 tickets in 39 cinemas.

The nomination for an Academy Award in the foreign language section in 2014 helped the sales of the film. Tangerines was produced by the Estonian company Allfilm in coproduction with Georgia's Cinema 24.

George Ovashvili’s Corn Island was sold successfully in almost all European countries and also in China and Turkey. It was released in Switzerland mid-November 2015.

There are currently five cinemas in Georgia with 19 screens (including one IMAX). All except one are digitalised.

Admissions Top Five through October 2015 includes: Minions with 45,885 admissions, Forsaken with 35,392 admissions, Avengers: Age of Ultron with 26,549 admissions, Cinderella with 23,459 admissions and Jurassic World with 20,372 admissions.

In November 2015 GNFC allotted 341,769 EUR / 900,000 GEL for three majority feature coproductions directed by Revaz Gigineishvili, Dimitri Tsintsadze and George Ovashvili, but the latter refused the grant. The three projects are Hostages by Revaz Gigineishvili (a Georgian/Russion coproduction between 20 Steps Productions and INK Film LTD), 43 by Dimitri Tsintsadze (produced by Cinetech in coproduction with the Russian Theatre and Film Centre IBRUS), and Khibula by George Ovashvili (Alamdary Films).

Encouraging European coproductions is a key part of the GNFC’s strategy for the development of Georgian film industry. Georgia launched its coproduction scheme for feature films in 2010 and also launched a new call for documentary coproductions in March 2014. Approximately 121,000 EUR / 300,000 GEL were allotted for long and short documentaries in 2015.

In November 2015 GNFC allotted 114,005 EUR / 290,000 GEL for the script development of six comedies and children’s feature films, as well as projects dedicated to the 100th Anniversary of Georgian Independence and the Adaptation of XXI Century’s Novels and Creative Documentaries. A call for animated coproductions is expected to be launched in 2016.

The Regional Film Fund of Adjara, on the Black Sea coast, launched in 2012, is also expected to boost the film initiative.

On 24 February 2015 Georgia joined the Creative Europe Programme in Brussels. The Agreement was signed by the Minister of Culture and Monument Protection of Georgia Mikheil Giorgadze and the European Commissioner for Education, Culture, Youth and Sport Tibor Navracsics. The event will allow Georgia to get funding in Europe for cultural networks, cultural cooperation projects, literary translation schemes, platforms in the framework of Creative Europe and also to take part in training events.

Another important development in 2015 was the preparation of a tax incentives law which will be implemented in 2016. The law will provide a 20 percent rebate of qualifying expenses and an additional 2 to 5 percent for Georgian elements with a minimum spend of 283,393 EUR/ 300,000 USD for feature films.

David Vashadze, Head of Export and Distribution at GNFC, told FNE: "We think that this decision is crucial for the Georgian film industry. There are many film production companies looking for new and very diverse territories. Low bureaucracy and a film friendly atmosphere are very important, but without financial incentives the possibility of attracting a big number of foreign productions is not very high.”

Speaking about the origins of the project, Vashadze said: “The cash rebate scheme is an independent project of the Ministry of Economy and Sustainable Development, while the funding of GNFC is coming from the Ministry of Culture and Monuments Protection. According to this, the growth of funding for national films as well as for coproductions is not dependent on the scheme we are going to implement in 2016".

Another event important for Georgia in 2015 was Giffoni Georgia International Film Festival held in Tbilisi from 16 to 19 October 2015 upon the initiative and with financial support of Georgian National Film Center, Giffoni Experience and Georgian Ministry of Culture and Monuments Protection. The education of the audience is one of the goals of GNFC.

In 2015 a new TV channel TV 8, was launched in Georgia, Iberia TV was re-launched and TVS was re-branded as TV Pirveli.

Leading TV companies are still producing TV series. The most popular feature TV series in Georgia are: Friends of my Wife / Chemi Tsolis Dakalebi (Broadcasting Company Rustavi2), In the City / Shua Kalakshi (Imedi) and Around Us / Chven Gverdit (Maestro)

Private channels, Broadcasting Company Rustavi 2, and TV Imedi and GDS are usually the producers of TV series. Public Broadcasting – First Channel also produces documentaries. TV channels do not fund independent film production as a rule, but it depends on the individual case, according to sources from GNFC.