The recent renaissance of Bulgarian film will grind to a halt if the government goes ahead with the planned cuts to subsidies of 59% in 2009.

FNE in Sofia: Sofia IFF brings industry and art together

The 13th edition of the Sofia International Film Festival, 5-15 March, attracted local crowds as well as European industry professionals of both feature and documentary films from all over Europe with an emphasis on the Balkans.

Poland 2009-03-10
This year's Polish Eagles, the annual awards for Polish feature films, were dominated by Malgorzata Szumowska's 33 Scenes From Life which won best film and Waldemar Krzystek's Little Moscow, which between them picked up most of the awards.

Petr Zelenka's The Karamazovs, based on a theatre production of the famous book, picked up the prize for both best film and best director at this year's Czech Lions, (7 March) the Czech equivalent of the Oscars.

The Trieste Film Festival (www.triestefilmfestival.it) closed on a negative note as the festival's artistic director Annamaria Percavassi announced that the festival's main venue, the Excelsior Cinema, would close its doors permanently shortly after the end of the festival.

Film New Europe is proud to announce that it has been awarded a grant of 68,000 Euros from the MEDIA Programme of the European Union for 2009 to continue its promotion and further access to markets for the audiovisual industries of the 12 new EU member countries. This is the second year that the EU has supported FNE, and we feel that the grant is also an endorsement of the important role FNE has come to play in the European film and television industry.

We would like to thank all our sponsors and supporters in 2008; the MEDIA Programme of the European Union, the Polish Film Institute, the Polish Filmmakers Association and the Slovenian Film Institute. We would also like to thank all the members of the Film New Europe Association and our own FNE correspondents throughout the region who have made FNE the premier source for news and information about the Central European film and television industry since its official launch just over a year ago.

This will be the final edition of FNE daily for 2008. We will resume publishing again on Monday 12 January 2009.

Happy Holidays from all the team at FNE ! !

Slovenian director Vinko Moderndorfer’s Landscape No 2 (www.pokrajina-st2.org) which is screening in the Venice Days programme of the Venice Film Festival attacks a topic that is front and center in today’s political and ethical debate. 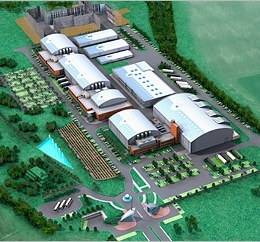 Hungary’s Korda Studios has changed the landscape of film production in Central Europe since it opened its doors just over a year ago. Korda scored high marks from director Guillermo del Toro who shot the $72m Hellboy 2 at Korda last year giving other studios in the region a new benchmark to shoot for. According to Del Toro after a six month shoot at Korda the studios are "perfectly calibrated to host a film of any caliber."Hellboy 2 was the largest ever production to shoot in Hungary with an international cast and crew of over 350. Chris Symes exec producer of the movie declared that "Korda Studios is a high-tech facility as good as anywhere you'll find."

Named after Sir Alexander Korda, the famous Hungarian filmmaker who revived the British film industry, $127M Korda Studios development is backed by Sándor Demján, the region's most respected real estate developer, known for the construction of new cultural buildings such as The Hungarian National Theater and the Palace of Arts, winner of the prestigious 2006 FIABCI Prix d'Excellence. Now Korda is set to up the ante with the opening of its new 6000 m2 stage Superstage with an interior clear height of 20 m which is understood to be the largest soundstage in the world. While the opening is slated for 2009 Korda already has five of the most modern, sound-proofed, air-conditioned soundstages in central Europe on offer. But if size really does matter-its not the only thing that matters in filmmaking. One of the other important factors is the sophisticated infrastructure that is on offer at Korda. Korda has signed an alliance with Budapest-based post-production company Colorfront whose owners developed the digital cinema (DCI) colour-grading technology now known as Lustre. This will give filmmakers using Korda facilities access to cutting edge technologies without leaving the Korda complex at all. Using this technology it is possible to see the previous day’s shots in color-graded, cinema-quality, as it will actually appear in the final film. Colorfront creates low-cost digital „dailies” using the original shooting footage. 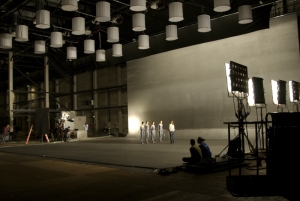 The studio complex is 34 hectares, of which 10 hectares are designated backlot space. Korda currently has Europe's largest permanent outdoor backlot set: a 360 degree gritty Brooklyn, NY set with 4 story buildings and two intersections. Professional expertise from overseas aids the next phase of Korda’s construction, in the form of Charlie Arneson, who has come to Korda Studios late last year to run the studio. Arneson played a key role in the production of James Cameron’s mega-production, Titanic, by supervising the construction of the numerous water stages – including the world’s largest watertank – purpose-built for the shoot at the Fox Baja Studios. After the production wrapped, Arneson was asked to stay and run the studio, and during the next 10 years he created the studios’ theme park, and further developed the watertanks and the on site special effects technologies. But Korda Studios has also been given the thumbs up by local Hungarian filmmakers looking for international production values within the local filmmaking scene. Starting this month Korda Studios will be servicing its first Hungarian production starting next week: Krisztina Goda's (Children of Glory, Just Sex and Nothing Else) new film Kameleon will be using Korda Stage's and facilities in May and June.

Each stage has NC-25 sound proofing, high-powered air-conditioning and heating, broadband connections, and sound trap doors.
The Korda Studios team will be in Cannes this year. If you want to discuss your next production or co-production please contact us. 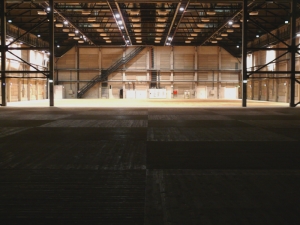