The Polish Film Institute (PISF) is the newest film institute in Europe, established in 2005 in accordance with a new cinematography law passed by the Polish Parliament. It is set up similar to the mechanisms of support for the film industries in many other countries of Europe.

The Bulgarian National Film Center (NFC) is the Executive Agency of the Bulgarian Ministry of Culture that administrates the implementation of the Film Industry Act (FIA). The main functions of the Agency are to finance film production, film managing, distribution and exhibition of films, to support the promotion of Bulgarian films in this country and abroad, to keep the register under the FIA, to stimulate the development of the film culture. 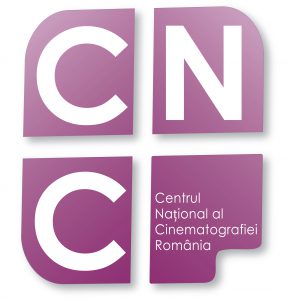 The Croatian Audiovisual Centre (HAVC) is the Government -.backed strategic agency for the audiovisual sector in Croatia. It aims to stimulate a successful, vibrant audiovisual industry as well as to promote the widest possible enjoyment and understanding of audiovisual works throughout Croatia.

The Czech Film Fund (Státní fond kinematografie), established 1 January 2013,  is the main tool for public support of cinema in the Czech Republic. The funding is granted in the areas of development, production, distribution, promotion, technological development, publications, education and training, festivals and events, protection, preservation and access to film heritage.
The Czech Film Fund is the main sponsor of the Czech section of Film New Europe.

Estonian Film Institute (EFI) was reorganized on the basis of Estonian Film Foundation in 2013 by the Government of Estonia as a private legal institution.

The objective of Estonian Film Institute is to preserve and develop Estonian national film culture. The foundation is guided by the cultural policy of the Republic of Estonia and the trends in the field of film.

The Malta Film Commission is a government body established by CHAPTER 478 (Act No. 7 of 2005) of the Laws of Malta, consisting of an advisory body for the role of advising the Minister responsible for the film sector on policies pertaining to the promotion, development and support of the audiovisual and film servicing industry.

The goal of the Slovenian Film Centre is to encourage creativity in the film and audiovisual field in the Republic of Slovenia by creating suitable conditions for film, audiovisual and cinematographic activities.

Slovenian Film Centre, a public agency of the Republic of Slovenia, became operational on 19 January 2011 as a successor of the Slovenian Film Fund – a public fund.

Georgian National Film Center (GNFC)sets state policy in the film sector. The Film Center is a legal entity of public law under the Ministry of Culture and Monument Protection tasked with providing state support to national cinematography.

The Slovak Audiovisual Fund is the main public funding institution for the Slovak film industry. The aim of the Fund is to support the whole film value chain ­development, production, distribution and promotion of audiovisual works, festivals, research, training activities and technological development (first of all digitisation of cinemas). Finances of the Fund are based on the combination of state budget subsidies and contributions by subjects using audiovisual works. Slovak Section on Film New Europe was financially supported by Slovak Audiovisual Fund.

The Slovak Film Institute, member of FIAF and European Film Promotion, is the sole national institution in the field of cinematography in Slovakia. It consists of the National Film Archive and the National Cinematographic Centre. SFU handles producer rights to Slovak films produced by 1991, and supports the international presentation of both the archive films and current independent film production.

The Lithuanian Film Centre, established in May, 2012, is a state institution under the Ministry of Culture of the Republic of Lithuania. The Centre operates under the Film Law (amended in 2011).

The aim of the Centre is to participate in  designing an effective film and audiovisual sector policy and to foster the sustainability of the Lithuanian film industry.

National Film Centre of Latvia was established on December 23, 1991, as a state institution under the Ministry of Culture. The organisation‘s main objectives are: to administer the Government’s financial support to Latvian films; to prepare legal acts and Governmental documents securing the functioning of filmmaking in Latvia; to preserve the national audio-visual heritage; to promote Latvian films abroad; to co-operate with the relevant international and national organisations; to register films and videos, as well as issue licences to video distribution companies in Latvia; to form a data-base of Latvian films and filmmakers.

Since 1955, the CICAE has been working to promote cultural diversity in cinemas and festivals.

With more than 1,100 lawyers and legal practitioners in 26 offices worldwide, we specialise in combining leading expertise across a full range of legal services, including advice on commercial, corporate, EU and competition, intellectual property, dispute resolution, employment, finance and real estate matters.

It represents an international online distribution platform for documentary and experimental films focused on European cinema. For a small fee, it offers over 900 films accessible across the globe for streaming or legal download. The films are included in the virtual database on the basis of demanding selection criteria. The portal presents regular film programmes of diverse character ranging from presentation of archive historical films through world retrospectives of leading world filmmakers to new premiere formats such as the day-and-date release.

Working with a worldwide network of partners we are involved in programmes for producers in Europe, Russia, Latin America, the Arab world, Asia and Africa. http://www.eave.org/

Network of Promotion and Export Organisations from 34 European Countries.

The network promotes European cinema through its joint initiatives, and at the same time, respects and encourages the individuality and richness of each national cinema of Europe.

Eurimages is the Council of Europe fund for the co-production, distribution and exhibition of European cinematographic works. Set up in 1988 as a Partial Agreement it currently has 36 Member States.

Eurimages aims to promote the European film industry by encouraging the production and distribution of films and fostering co-operation between professionals.

Founded in 1992 with funding from the MEDIA programme and from the Centre national du cinéma et de l'image animée (CNC), Europa Cinemas is the first film theatre network focusing on European films.

The only festival that defends all genres of international audiovisual creation: fiction, series and soap operas, creative documentaries, reportages and current affairs, and music and live performance.

6 days of insightful, independent, demanding critique, and of sensitive approaches that reveal the world as it is in all its diversity.

6 days of opportunities for professionals, the general public, students, directors, and juries to meet one another and discover the very best audiovisual productions of the year. 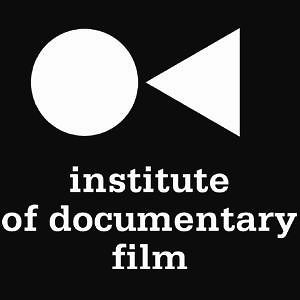 DOKweb is a gateway and an escape route, a resource and a place for conversations.

DOKweb is people who make big plans, an umbrella used as a weapon.

The only training workshops for experienced scriptwriters in Central and Eastern Europe (Bulgaria, Croatia, Czech Republic, Estonia, Hungary, Latvia, Lithuania, Poland, Romania, Slovakia, Slovenia & the group of countries is still growing). In the 6 editions so far there have been: 72 projects, 51 Creative Advisors, 4 Heads of Studies and 9 scripts already filmed!

Dragon Forum means the international training program for development and marketing of the documentary films. Founded in 2005, with its headquarter in Warsaw, Academy of Document cooperates with the leading centers for documentary film worldwide.

Annual Academy  edition consists of three main sessions that are held in English. The first is devoted to the script and dramaturgy, the second one to the production and financing, and the third to marketing.

In 2001, Andrzej Wajda and Wojciech Marczewski formed a film school. Based on the concept of the ‘Film Group’ model, they focused on the effectiveness of the group work method and on the collaboration of generations, and offered a program that is unique in Europe, combining education with production targeted to film professionals.

Peacefulfish's mission is to offer strategic consulting services to companies in the fields of production, digital distribution and also policy makers, financiers and brands working in the content industry. The content industry has huge growth potential and yet it is grossly undercapitalized. Entrepreneurs and investors have difficulties in agreeing on and often miss valuable investment opportunities, even if they have managed to find each other.