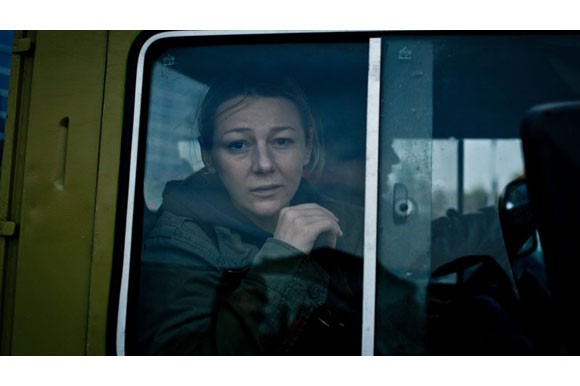 COTTBUS: A strong Polish presence at the 22nd Film Festival Cottbus (www.filmfestivalcottbus.de) was validated with three of the festival’s top awards, including the main best film award with a prize of 20,000 EUR for Women’s Day, going to Polish films at the closing night ceremony on 10 November 2012.

Women’s Day (www.studiomunka.pl) directed by Maria Sadowska was one of two world premieres in the international competition of East European films. The Croatian/Bosnia and Herzegovina/Slovenia coproduction directed by Arsen Anton Ostojic, Halima’s Path (This email address is being protected from spambots. You need JavaScript enabled to view it.), the other world premiere in the competition, won the Audience Award with a prize of 3,000 EUR and a special commendation from the jury.

Poland’s triumph continued with the best director award, and a prize of 7,500 EUR, going to Leszek Dawid for his Polish hip hop story You Are God (www.jestesbogiem.com.pl). Poland also claimed the 2,500 EUR main prize of the short film competition with All Soul’s Day (www.writv.us.edu.pl) directed by Aleksandra Terpinska. Additional awards went to Polish actress Katarzyna Figura receiving a special commendation by the student jury for her role in the Polish/Czech coproduction Yuma(www.yetifilms.com) and the 3,000 EUR Dialogue prize going to the Israeli/Polish coproduction My Australia (www.applefilm.pl).

“The festival is an acknowledgement of Germany’s East European roots,” festival director Roland Rust told FNE. “It shows where we come from. East European cinema is not something exotic for us. We see it here in Cottbus. Poland is just 25 km away.”

Both Rust and festival business manager Jorg Ackermann told FNE the festival was a success with audiences. “Attendance is excellent,” Rust said. “We have big audiences coming to see films they will never have another chance to see, travelling from Leipzig, Berlin, and Dresden.” Ackermann added, “We have a record-breaking year—we will have almost 20,000 visitors.”

Cottbus’ programme selectors are also noting a positive shift. “We’re seeing more and more trust in the festival,” Rust said. “We’re getting premieres more easily. We’re very proud that almost all the recent productions screened had their premieres here.” And filmmakers are accompanying their films in greater numbers. “More than 120 filmmakers came to present their films,” Rust said.

At the same time, the festival is strengthening both is local depths and its international breadth. A focus on local films, Location Lausitz, is now a permanent section, as is globalEAST which looks at the influences of East European on world cinema.

The festival handed out 73,500 EUR in prizes, with awards distributed to a wide array of films. Latvia had two successes. Kolka Kool (www.fafilma.lv) directed by Juris Poskus received the FIPRESCI prize, and In the Fog (www.inthefog-movie.com), a Germany/Russia/Lativia/Netherlands/Belarus coproduction, won the prize of the Ecumenical jury and a best actor award and 5,000 EUR for Vladimir Svirski. Slovenia also celebrated a second prize, with the best debut film award going to the Serbian/Slovenian coproduction Redemption Street and 3,000 EUR for director Miroslav Terzic.

The 23rd edition of the Cottbus Film Festival is scheduled for 5-10 November 2013.