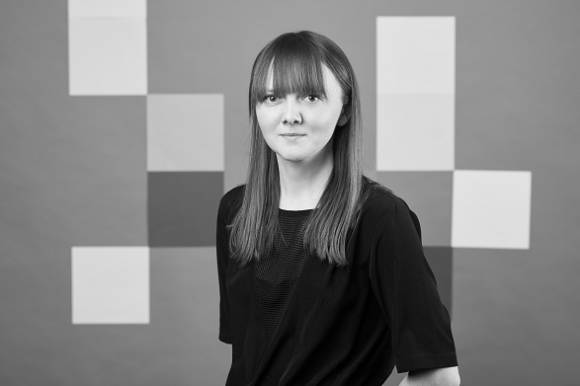 For the past couple of weeks there has been news in the press about various international film festivals undergoing changes. The most notable example comes from Berlin, with Locarno’s artistic director Carlo Chatrian set to replace Berlinale’s outgoing director Dieter Kosslick in 2020. As Vilnius Film Festival Kino Pavasaris prepares for its 24th outing, we would like to announce that Mantė Valiūnaitė will be taking over our senior programmer duties.

Film curator Valiūnaitė has been with Kino Pavasaris for five years as a programmer and has worked as the senior programmer for Human Rights Documentary Film Festival Inconvenient Films for four years. She oversaw numerous film projects for Meno Avilys, an NGO specializing in film education and preservation, including Slow Viewing: The Dialogue Between Márta Mészáros and Margarethe von Trotta and Luminous Shadows: Selected Installations & Film Retrospective of Apichatpong Weerasethakul. Valiūnaitė graduated from Vilnius University with a bachelor’s degree in Philosophy and received her MA in Film Studies from King's College London.

The programming team will once again welcome Aistė Račaitytė, who has been part of the Vilnius Film Festival for six years. She received her bachelor’s degree in Film Theory from the Lithuanian Academy of Music and Theatre and MA in Film Curating from Birkbeck, University of London. She worked as a programme assistant at the British Film Institute and curated several retrospectives in Lithuania, including Slow Viewing: The Dialogue Between Márta Mészáros and Margarethe von Trotta. Račaitytė reviews films, international festivals and oversees the films distributed by Kino Pavasaris Distribution.

Kukta spent four years working as one of the programmers for the Vilnius International Short Film Festival and was a member of the selection committee for the competition programme New Baltic Cinema at the European Film Forum Scanorama. He has worked for the creative communication agency Autoriai for five years. Kukta received his bachelor’s degree in Lithuanian Philology and master’s degree in Intermediate Literature Studies from Vilnius University.

Santa Lingevičiūtė, who has been part of the programming team for many years, will seek new challenges outside of the festival for the time being. Edvinas Pukšta will also take on a new role as a Tallinn Black Nights Film Festival programmer but will stay with Kino Pavasaris as a consultant to share his remarkable experience with the new team.

“Vilnius Film Festival employs the best experts in their respective fields and their decision to accept international job opportunities is a natural process. Their positions have been filled with equally qualified and determined individuals. Examples from Berlinale and other festivals prove this to be the case. Understandable changes in personnel ensure continuous steady growth and innovative decisions, which are things Kino Pavasaris is well known for.

It’s not easy to part with long-time members of the team – we are immensely thankful for their input.  Edvinas and Santa have contributed a great deal to shaping the festival and creating the backbone of our excellent film programme. I am pleased that Edvinas will continue to share his experience with us, and I’m sure we’ll see others during new projects,” said Vilnius Film Festival’s executive director Algirdas Ramaška.

The organizers have already acquired the Palme d‘Or and Golden Bear winners for their 2019 festival, proving this year’s programme to be every bit as excellent and ambitious as ever.