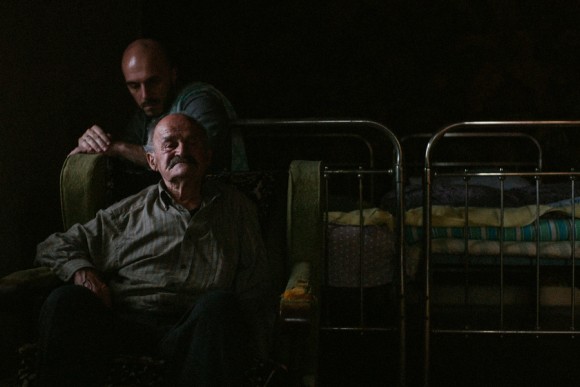 Book of Hours by Dea Kulumageshvili

SARAJEVO: Georgian director Dea Kulumageshvili is developing her debut feature Book of Hours, which has been selected for CineLink Co-production Market, set to take place 17-18 August 2016, during the 22nd Sarajevo Film Festival (12-20 August 2016).

Kulumbegashvili, whose second short film Lethe (2016, First Pictures) premiered in Quinzaine des Réalisateurs in 2016, will start shooting at the end of 2017 - beginning of 2018.

The story written by Dea Kulumbegashvili and Rati Oneli follows a failed writer Alex, who returns from abroad to take care of his elderly father and begins a romantic relationship with a 30-year-old Yana. Soon, the community turns against them, not approving the relationship and Alex ends up feeling powerless facing both tensions in the world around him and his inner dilemmas.

The budget is 750,000 EUR, of which 65,000 EUR is in place including 55,000 EUR from Sofia Meetings Grand Prize. The project was developed through the Résidence du Festival de Cannes, Cinéfondation.

As the postproduction process is expected to be pretty complicated, the exact premiere dates are not set yet. There are no distributors nor sales agents attached to the project yet.

This email address is being protected from spambots. You need JavaScript enabled to view it.
www.kulumbegashvili.com