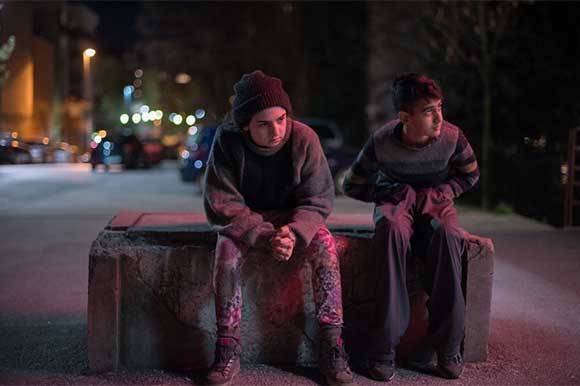 SARAJEVO: The newest instalment of La Factory, the South East European Factory (SEE Factory), comprising five short films co-directed by young directors from the South East Europe and their colleagues from other parts of the world, has been shot on different locations in Sarajevo during the month of March 2019.

“It’s the first time we’re able to explore five different countries, five countries in the same region. Since I first came to the Sarajevo Film Festival a couple of years ago, I’ve been dreaming to do a Factory in the region”, Dominique Welinski said in a statement.

"It was very intensive and exhausting, but a very interesting and beautiful experience at the same time. Working with a co-director is a very complicated process and sometimes it can seem completely unnatural, but that is one of the main ideas of the project and in time, when you accept it, it is a good exercise both in communication and restricting your ego, and in instinctive decision making, as time for production and postproduction was very limited”, Neven Samardžić told FNE.

The films were supported by regional film centres including Film Center Serbia, the Macedonian Film Agency, the Slovenian Film Centre, the Film Centre of Montenegro and the Ministry of Culture and Sport of Canton Sarajevo. They were produced by the Sarajevo Film Festival (Obala Art Centre) in cooperation with the Academy of Performing Arts in Sarajevo.

“Supporting young and talented Slovenian filmmakers is one of our main goals and SEE Factory is a project which works in the same direction. Through this project, we are joining forces to present one of our filmmakers on the stage of the most important film festival in the world”, Nataša Bučar, Managing Director of Slovenian Film Centre told FNE.