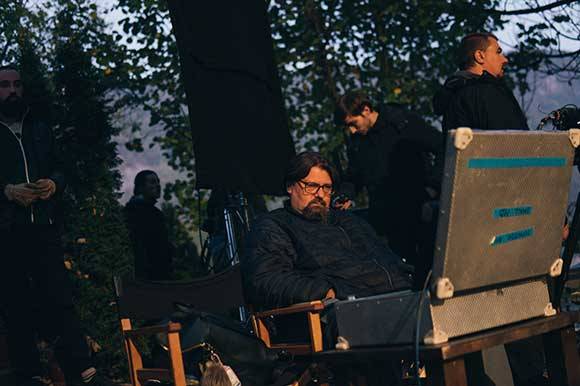 In the black comedy, a family is falling apart next to the death-bed of their materfamilias, completely unaware of danger looming over it, while Sarajevo is living through its last days of peace.

The film is produced under the umbrella of Sarajevo Film Festival’s project Sarajevo City of Film, that has so far produced over 30 short films, 2 feature omnibus films and 1 feature film.

Amra Bakšić Čamo, Head of Sarajevo Film Festival’s Co-production Market CineLink, said, “Our core objectives are to enable young talent to make films in the spirit of international cooperation and ensure that quality cinema is made in Sarajevo on a regular basis. With this in mind, we partnered with TRT to make three micro-budget feature films within the SCF for Global Screen strand. Good Day's Work (Obala Art Centar, 2018) by Martin Turk was our first production and Focus, Grandma by Pjer Žalica is now the second. The third film due to shoot next year is yet to be announced. Obala Art Centar is handling the international festivals and TRT is selling the films to international broadcasters.”

Shooting is planned to last until 15 November. Several well-known actors, including Mira Banjac, Emir Hadžihafizbegović, Jadranka Đokić and Izudin Bajrović, have been cast in the film.

The premiere of Focus, Grandma is planned for 2020.

Obala Art Centar (Bosnia and Herzegovina)
This email address is being protected from spambots. You need JavaScript enabled to view it.
Turkish Radio Television (Turkey)