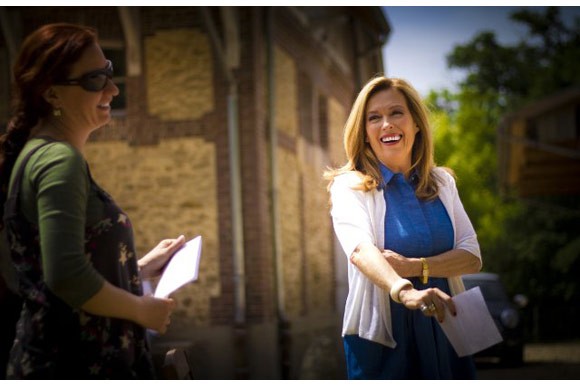 The Foreigner by writer/director/actor Niki Iliev

VARNA: The Foreigner by writer/director/actor Niki Iliev is a romantic comedy about a young man who travels to Bulgaria and falls in love with a hot tempered village girl.

The film was entirely privately financed and is a national coproduction between MVM International (www.mvminternational.net) and Iliev’s production company Euro Dialog (www.eurodialogie.net/bg). It was shot on locations in Sofia, the picturesque Leshten village, Paris and Northern Greece.

Niki Iliev is known as a fashion model and a TV presenter who also played one of the roles in the popular TV serial Forbidden Love. The Foreigner is his directorial debut after his graduation in film directing from the New Bulgarian University (www.nbu.bg). The film had its premiere during the Sofia IFF (www.siff.bg) and immediately went into theatrical distribution.

The Foreigner was preceded by Iliev’s graduation short “A Man out of Town”, shot in six days in 2010 also in Leshten village. Two years later Iliev incorporated it in the The Foreigner. Iliev said, “We did that because either way some scenes have already been filmed. So we had some cost savings. I wanted to make a film which I would like to watch as a spectator. The Foreigner is my declaration of love toward movies I grew up with: French comedies with Louis de Funès and kung fu movies from the 70’s and the 80’s.”

Contact: NikiIliev, 13 HristoStanchevStr., Sofia; mob.: + 359 888 663 085; This email address is being protected from spambots. You need JavaScript enabled to view it.