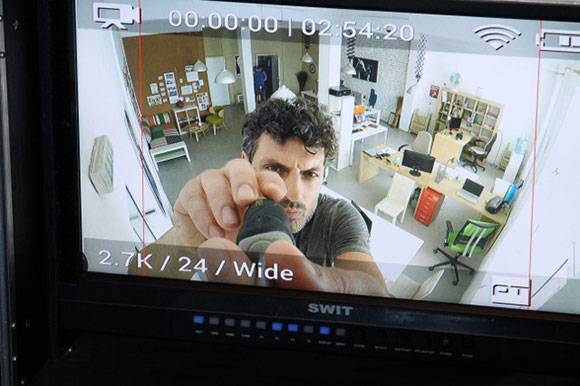 SOFIA: Ilian Djevelekov is in postproduction with his second feature film Omnipresent. The release is planned for October 2017.

The story written by Matei Konstantinov and Djevelekov follows the obsession of an advertising agency owner and writer in spying on his family, friends and colleagues with hidden cameras.

"Nowadays cameras are everywhere. The world is under constant video surveillance, justified as a measure for control and prevention. Until recently, special investigative techniques were a privilege of the secret intelligence services. Now they are massively sold at low prices and are practically accessible to everyone. For me, respecting privacy boundaries is something very important," Djevelekov told FNE.

Shooting, which lasted over five weeks, took place during the second half of 2016 in several Sofia based apartments. DoP Emil Christov and production manager Georgi Dimitrov worked in close collaboration in order to get a special "hidden cameras" visual effect. "Stylistically, most of the scenes look both documentary and voyeuristic," Djevelekov added.

Djevelekov is producing with the support of the Bulgarian National Film Center through Miramar film owned by himself, Matei Konstantinov and Georgy Dimitrov. Private broadcaster Nova TV is coproducing.

Djevelekov‘s debut Love.net, produced by Miramar film, became a national box office hit in 2011 with over 210,000 admissions. It also ranked in the the top-ten all-time box office in Bulgaria after 1989.

Miramar film
www.miramarfilm.com
This email address is being protected from spambots. You need JavaScript enabled to view it.