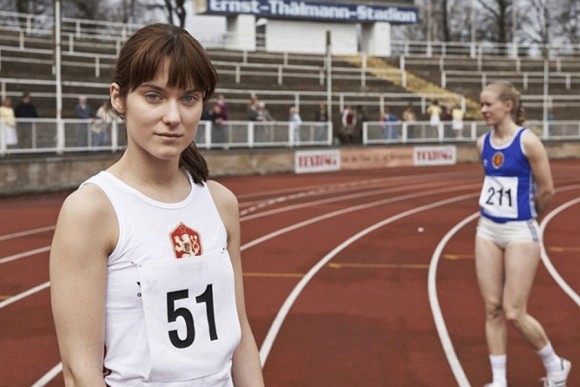 The State Cinematography Fund, Czech Republic has been the main tool for public support of cinematography in the Czech Republic since 1992. In 2013 it adopted a new Cinematography Act and became an independent institution with its own director, new financial structure and a Council assessing and deciding individual requests for state support.

In 2014, the State Cinematography Fund issued a total of 31 calls for domestic grants. The funding is granted in accordance with the new law, supporting projects in 10 areas: development, production, distribution, promotion, technological development, publications, education and training, festivals and events, protection, preservation and access to film heritage. The total budget of the fund in 2014 was 200m CZK with 127m CZK earmarked for Czech film production of all genres and 16.5m CZK for film development. The Fund announces calls for the subsidies for minority coproductions once a year with a stable allocation of 25m CZK.

Nine feature projects received grants for production in 2014. The largest amount, 15m CZK, went to the Nogup project Lída Baarová which will be directed by Filip Renč (15m CZK) and 9.7m CZK went to Hastrman under the production of První veřejnoprávní of Čestmír Kopecký.

Since the introduction of the new law, the State Cinematography Fund has also administered the incentive scheme, effective since 2010. It is given in the form of a cash rebate of 20% on qualifying Czech production spend and 10% on certain international spend. The incentive are available to feature, TV series, animation and documentary films. Rebates are issued at the end of production in the Czech Republic upon submission of audited statements of costs incurred and paid out in the form of cash grants.

Thanks to an increasingly generous incentives programme, the Czech Republic is slowly re-establishing itself as a prime destination for international film and TV productions. TV and film producers spent some five billion crowns in the Czech Republic last year, the highest amount in nearly a decade.

Among the biggest productions shooting in Czech Republic in 2014, was the thriller Unlocked produced by Silver Reel with top Hollywood stars Michael Douglas and Orlando Bloom.  Lee Tamahori´s historical epic Emperor starring Adrien Brody had the total spent in the Czech Republic of 450m CZK; the incentive for this project allocated by the State Cinematography Fund Czech Republic was 74m CZK. The Czech Republic stood in for Paris in Marguerite, a French period film set in the 1920‘s directed by Xavier Giannoli. The film was produced by French Fidélité Films and coproduced by Belgium's Scope Pictures and Sirena Film, the line producer on the Czech side. The Danish feature Tordenskiold produced by Denmark’s Nimbus Film was Sirena´s next project shot in the Czech Republic. Another Danish production shot on the Czech location was Shamer’s Daughter with a Czech spend that reached 74m CZK. The famous Chinese director, scriptwriter and star actress Xu Jinglei´s film Somewhere Only We Know produced by Beijing Kaila Pictures was handled by Prague based Milk & Honey Pictures. The Chinese producers were spending 60m CZK locally and will get a 20% rebate on the expenditure in the Czech Republic.

In 2014 35 Czech feature films and 27 documentaries were produced. Slovakia remains the main coproduction partner for the Czech Republic.

Among the high profile Czech films produced were two adaptations of the popular Czech writer Michal Viewegh´s books, both produced by InFilm: Angels directed by Alice Nellis and Dodgeball directed by Petr Nikolaev; and the recent distribution hit Storyteller by Vladimir Michálek produced by Marlene Film, with a budget of 24m CZK. Andrea Sedláčková finished Fair Play, the Czech candidate for Oscar nomination, and also her documentary Life According to Vaclav Havel, both produced in Negativ.

The situation on the distribution market has considerably changed in 2013, mainly due to the transformation of Cinemart, originally an art house distributor and exhibitor with just a 1.6% share in 2012, taking over the position of leading distributor of US films previously handled by Bontonfilm. In 2013, Cinemart reached a 19.4% share and the second position on the distribution market. Bontonfilm repositioned itself as a distributor of domestic and art house films and fell to the fourth position, with 16.8% market share. Falcon with its 30.4 % share was number one on the market and it is expected to stay in the top spot in 2015 as well, in large part because of several high-profile Czech titles in its line-up. Number three is Warner Bros with a 16.8 % market share and

number five is Bioscop/AQS with 7.8%. There are 31 distribution companies on the Czech market, but only the top nine have a market share of over 1%.

Some Czech distributors are regularly employing day and date releases and VOD platforms for European art house titles. The most active in this respect is Film Distribution Artcam. This year the latest documentary by British director Ken Loach Spirit of 45 was released under the day-and-date scheme in the Czech Republic. Artcam was handling the cinema release of the film while online the film was premiered on the portal DAFilms.cz.Artcam has also launched a COD project called “Delam kino” (I Make My Own Cinema) as an alternative distribution for quality films which are difficult to find regular cinemas. For a fee, anybody interested in organizing a screening can download a film from a special website or receive a special DVD of the film. Another Czech distributor Aerofilms launched a VOD portal Aerovod, distributing European titles including Czech titles.

Czech films still maintain an enviable position on the market, although compared with earlier years, the share of the market has declined, to around 25%. There were 32 Czech feature films and 19 documentaries released in 2014.

There are 29 multiplex theatres in the Czech Republic, with 225 screens and 40,742 seats. Multiplex theatres´ market share in admissions is 68.5%, box office share is 76%.

Cinema City is the largest multiplex theatre operator in the Czech Republic. It operates 14 theatres with a total of 119 screens and 21 603 seats.

The passage of the new Czech Audiovisual Act, which came into force on 1 January 2013, led to the establishment of the State Cinematography Fund, today an independent institution with its own director, new financial structure and a Council assessing and deciding individual requests for state support. The National Film Archive now handles both domestic and international sales of films made in Czechoslovakia before 1991 produced by Barrandov and Zlin film studios, both state owned at the time. Czech Film Center is in charge of the promotion of Czech cinema mainly abroad and represents Czech cinematography at the key film festivals and markets. Together with Czech Film Commission, the official film office supporting and promoting audio-visual production in the Czech Republic, they are a part of National Film Archive since 2013. Creative Europe – MEDIA Czech Republich as a new director – the former film producer Pavlína Kalandrová. Audiovisual Producers' Association has 75 members currently and in 2014 Kateřina Weissová became its new managing director. The Institute of Documentary Film plans new activity supporting Central and Eastern European documentary. The new project named KineDok and focuses on the alternative distribution of creative documentary films.

The three largest television groups in the Czech Republic (Nova group, Prima group and Czech Television) are trying to compensate for a decline in spectators for their flagship stations by the introduction of new channels. The audience share for all three reached less than 85% in 2013.

Television stations play a larger role in the production of quality content for local film and TV. Czech TV has become a permanent partner of Czech filmmaking, with its in-house production sector Film Center coproducing many feature films, including WE2 with Bionaut and Wings of Christmas with Cineart TV Prague. Czech TV is also very active in the area of documentaries, recently as a coproducer of Andrea Sedlackova´s Life According to Vaclav Havel, which is also one of the first coproductions with Arte Channel. Czech TV´s own production includes the highly acclaimed series Cirkus Bukowsky.

National Film Archive
Malešická 12, 130 00 Prague 3
e-mail: This email address is being protected from spambots. You need JavaScript enabled to view it.
www.nfa.cz

APA- Audiovisual Producers’ Association
Národní 28, 110 00 Prague 1
e-mail: This email address is being protected from spambots. You need JavaScript enabled to view it.
www.asociaceproducentu.cz

Czech Film and Television Academy
Karlovo nám 285/19, 120 00 Prague 2
e-mail: This email address is being protected from spambots. You need JavaScript enabled to view it.
www.cfta.cz

Czech Film Center
Národní 28, 110 00 Prague 1
e-mail: This email address is being protected from spambots. You need JavaScript enabled to view it.
www.filmcenter.cz

Czech Film Commission
Národní 28, 110 00 Prague 1
e-mail: This email address is being protected from spambots. You need JavaScript enabled to view it.
www.filmcommission.cz

Institute of Documentary Film
Školská 12, 110 00 Prague 1
e-mail: This email address is being protected from spambots. You need JavaScript enabled to view it.
www.dokweb.net