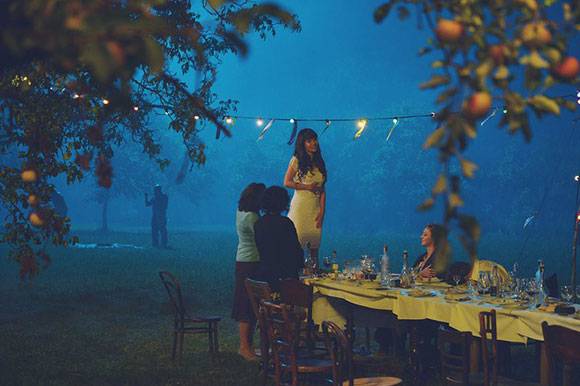 The Line by Peter Bebjak

PRAGUE: The competition line-up of the 52nd Karlovy Vary IFF (30 June – 8 July 2017) underscores the festival’s position as the powerhouse gateway to Central Europe and points East. Yes, the traditional slots for long-time partner territories such as France and Germany remain firmly in place, but for festival followers, it’s the array of films from CEE territories in all three of the festival’s competition sections that make it a must-attend event on the 2017 schedule.

Case in point: the world premiere of George Ovashvili’s Khibula, his first film since his 2014 Karlovy Vary Crystal Globe winning Corn Island (This email address is being protected from spambots. You need JavaScript enabled to view it.), which went on to win another 21 festival awards. Poland is represented by another Karlovy Fest winner, the late Krzysztof Krauze and his wife Joanna Kos-Krauze with the director’s final film The Birds are Singing in Kigali. For Czech and Slovak filmmakers, the festival's main competition is a highly coveted slot. This year the honours go to Czech director Vaclav Kadrnka’s musing on the search of a father for his son during the medieval chidren’s crusades, Krizacek; and to Slovak director Peter Bebjak with a contemporary tale of Slovak/Ukrainian border smuggling The Line.

The East of the West competition section, dedicated to first and second films from CEE directors, is notable for the world premieres of two Estonian films, as well as for the return of Slovak director Juraj Lehotsky, who was awarded in the same section for his 2013 debut film Miracle (Artileria). In the documentary competition, the big audience draw is expected to be The White World According to Daliborek by legendary Czech enfant terrible Vit Klusak, who will be up against a largely pan-European slate of films, including two entries from Switzerland.

Khibula (Georgia, Germany, France)
Directed by George Ovashvili
Produced by This email address is being protected from spambots. You need JavaScript enabled to view it.
Coproduced by 42film, Arizona Productions
Supported by the Georgian National Film Center

East of the West Competition

The Man Who Looks Like Me (Estonia)
Directed by Katrin Maimik, Andres Maimik
Produced by Kuukulgur Film
Coproduced by Kinosaurus Film
Supported by the Estonian Film Institute