PRODUCTION: Juraj Jakubisko in Postproduction with Perinbaba and the Two Worlds: Watch the Trailer Featured 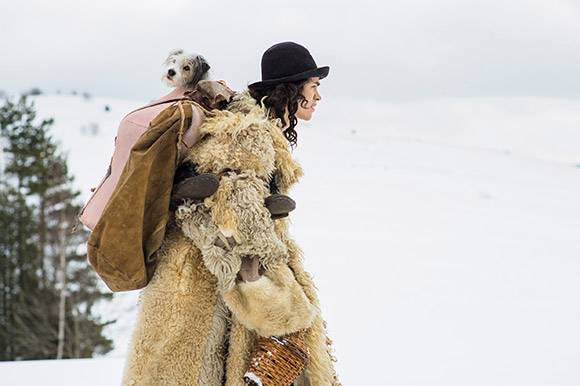 PRAGUE: Juraj Jakubisko is currently in postproduction with his new magical family fantasy Perinbaba and the Two Worlds, after more than two years of complicated production. The Czech/Slovak coproduction will be released by Bontonfilm in both the Czech and Slovak Republic in the first half of 2020.

For a sneak preview of Perinbaba and the Two Worlds click HERE to watch the trailer.

After a lot of hesitation, Juraj Jakubisko has finally decided to comply with numerous requests to make a sequel. “This is a very different story. A dream in a dream, a story in a story, where fantasy, humour and poetry prevail. I created a bizarre world of dreams, which are becoming reality... Because we always have a chance to choose between the two worlds. Miracles don´t only happen in dreams, but also in our real lives. Digital technology made it possible even for me to accomplish some little miracles, like making Perinbaba and the Grim Reaper immortal”, the director says in a statement.

The first Perinbaba, made in 1985 and starring Giulietta Masina, has been fascinating three generation of children and remains popular even after 35 years.

„This is not a typical fairy tale. I don´t like heroes who just sit around doing nothing, expecting to find a never-never land. Children should see their models in strong-minded people, who reach their happiness through their own effort”, Juraj Jakubisko also says.

The main character of the film, Lukáš, who seeks happiness in the world, is played by a popular young Slovak YouTube star Lukáš Frlajs. There are many popular Czech and Slovak actors in the cast, such as Ivan Romančík, Dan Nekonečný, Valerie Zawadská, Ľubomír Paulovič and Andrea Verešová.

Producer:
J&J Jakubisko Film Europe SE (Czech Republic)
This email address is being protected from spambots. You need JavaScript enabled to view it.