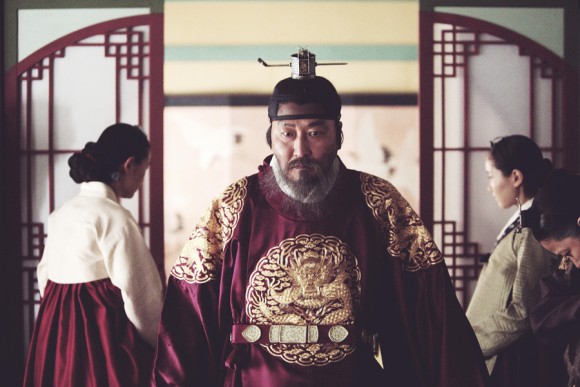 The Throne by Lee Joon-ik

TALLINN: The 19th Tallinn Black Nights Film Festival awarded its top prize to the South Korean film Sado by director Lee Joon-ik with the director and producer picking up an award of 10 000 EUR.

The jury prize for Best Director in the main competition went to Russian director Vitaly Manskiy’s controversial documentary Under the Sun a coproduction between, Russia, Germany, the Czech Republic and North Korea which apparently riled North Korean authorities with its unflinching view of life in the totalitarian state.

The A-level Estonian festival ran from 13-29 November with three major competitions including the Main International Competition, the Tridens First Feature Competition and the Tridens Estonian Film Award. The festival also presented the subfestivals of Animated Dreams, Just Film and Sleepwalkers for short films. The programme also included a special focus on Georgian film this year.

Highlighting the event was the European Film Forum held within the framework of the festival 18-19 November where five panels of film, media and technology industries leaders debated the issues such as the plans for a digital single market, territoriality and national film policies. Highlighting the event was an appearance by European Commission Vice-President and former Prime Minister of Estonia Andrus Ansip, in charge of the Digital Single Market.

The Tallinn Festival industry events and the annual Baltic Event teamed up this year under the label Industry@Tallinn this year presenting Works in Progress, B’EST and other events for industry professionals.

Special Mention
The Prosecutor, The Defender, The Father and His Son (Bulgaria, Sweden, Netherlands)
Directed by Iglika Triffonova
Produced by Klas Film (Bulgaria)