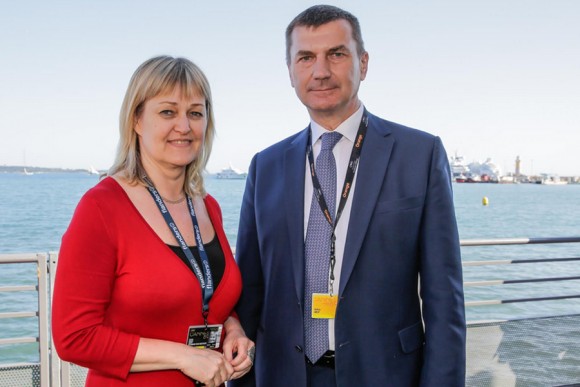 CANNES: Estonians had much to celebrate in Cannes with the visit of the European Commission Vice-President and former prime minister of Estonia Andrus Ansip to the Estonian stand and the announcement of a 12 000 EUR development grant for the winner of the B’EST EAVE Producers Workshop this week.

MEP Ansip was in Cannes to celebrate 25 years of the MEDIA programme and to speak about the Digital Single Market. He is pictured with the head of the Estonian Film Institute Edith Sepp paying a special visit to the Estonian stand in Cannes.

Meanwhile the B’EST EAVE 2015 Producers Workshop gave the award of 12 000 EUR in development funding to Maxim Dashkin’s Russian project The Longest Birthday. The award is granted by the St Petersburg based P.O.V. Film Development Fund.