PRODUCTION: Latvian/Lithuanian/Czech The Year Before the War Begins Filming Featured 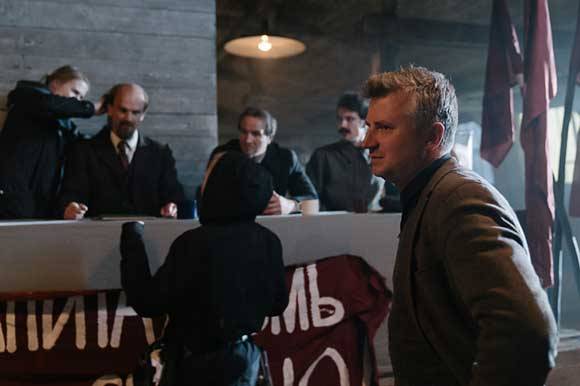 RIGA: Latvian director Dāvis Sīmanis has begun principal shooting of the Latvian/Lithuanian/Czech coproduction The Year before the War.

The summer shooting period began on 19 May 2019 and is expected to finish in early July. The whole production period of the film will include 33 shooting days. Five days of winter shooting were completed in early February in Latvia (Pļaviņas, Rīga and Talsi). The summer shooting will take place on location in Latvia (Riga, Cinevillage, Zvārtava, Krimulda, Stāmeriena, Cēsis) and in the Czech Republic.

The historical thriller, and the third fiction film for Sīmanis, is a reminder to contemporary society about the turbulent times before WWI. Using the stylisation of silent cinema, the film connects political and philosophical extremes of 1913, telling the story of a young man participating in the creation of a new world. A mysterious adventurer, who was known as Peter the Lett, gets involved in a tragicomic and surreal race from a routine clerk’s job and a romantic passion in Riga to the preparation of a world revolution in Vienna, psychoanalysis at Freud’s salon and seduction by Mata Hari in Paris.

The film continues the historical themes of Sīmanis’ previous work. His first fiction film Exiled / Pelnu sanatorija (2016) was set in 1917 in Latvia. It was awarded a special prize at goEast Film Festival, received best actor (for German actor Ulrich Matthes) and best production designer awards at the Latvian National Film Festival, and has been selected for many international film festivals. The Mover / Tēvs Nakts (2018), which depicted the Holocaust in Riga, received best director, best cinematographer and best supporting actress awards at the Latvian National Film Festival and the Film Clubs Federation’s Jury award at the Moscow International Film Festival.

The Year Before the War will have an international cast with Czech actor Petr Buchta in the main role, alongside Latvian actors Lauris Dzelzītis, Gints Grāvelis, Ģirts Ķesteris and Dace Everss.

The Year Before the War is produced by Roberts Vinovskis at Locomotive Productions (Latvia) in coproduction with Studio Uljana Kim (Lithuania) and Produkce Radim Prochazka (Czech Republic). The project is supported by the film institutions in all three coproduction countries, with the largest financing amount from the National Film Centre of Latvia, 502,662 EUR. The estimated budget is 850,000 EUR.

The expected release date is the autumn of 2020.