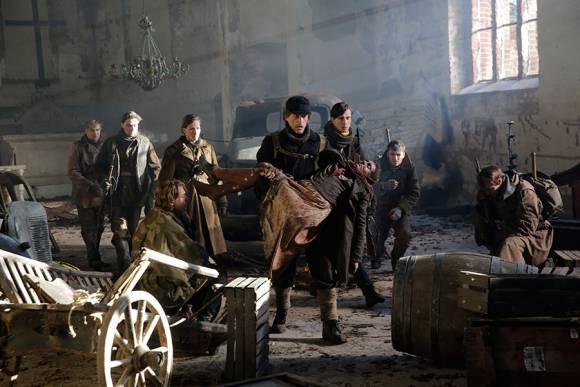 VILNIUS: Lithuanian director Audrius Juzėnas is currently shooting his third feature film, Owl Mountain / Pelėdų kalnas. The release of this historical drama is planned for 16 February 2018, the day when Lithuania celebrates 100th anniversary of its Act of Independence.

Set in Soviet-occupied Kaunas from 1947 to 1951, the film tells a story of hope and sacrifice, about a country where the local resistance movement was at war with the Soviet regime. Pranas Morkus wrote the script.

Norbertas Pranckus and Justina Ragauskaitė are producing through Kino gamyba, with the support of the Lithuanian Film Centre. The estimated budget is approximately 1.1 m EUR. The producers are currently looking for private financing to cover postproduction.

Principal photography started in Kaunas on 14 November 2016, resumed after the winter break and is expected to wrap in April 2017. The lead roles are played by the young actors Paulina Taujanskaitė, Aidas Jurgaitis, Anastasija Marčenkaitė and Arnas Danusas.

JSC Kino gamyba
This email address is being protected from spambots. You need JavaScript enabled to view it.
www.peledukalnas.com