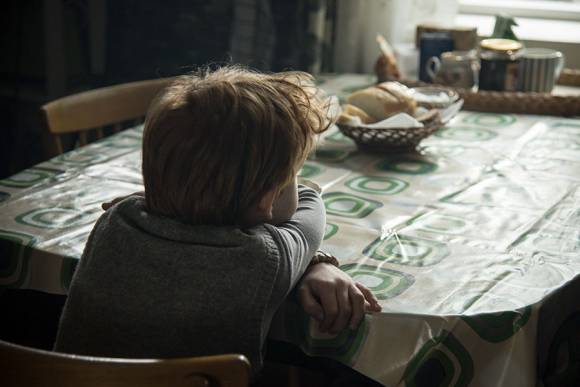 Breathing into Marble by Giedrė Beinoriūtė

It has been a great year for the Lithuanian film industry. The expenditure on film production reached a total of 45 m EUR, with more than 5 m EUR coming from local businesses.

In 2018 the Lithuanian Parliament approved a boost to the country’s film production tax incentive, increasing it from 20% to 30%. The new percentage took effect from 1 January 2019 and the legislation has been renewed for the next five years.

In 2017 the Lithuanian Film Centre issued 108 certificates representing a total amount of 8,943,775 EUR in rebates. A total of 47 films used the scheme: eight foreign films, 14 coproductions and 25 domestic films. Their total production costs in Lithuania were 45,494,937 EUR.

Mantas Kvedaravičius shot his first feature Stasis, which is a coproduction between Lithuania, the Ukraine and France, produced by Studio Uljana Kim in coproduction with ESSE Production House and Rouge International.

A total of 47 films used the incentives scheme in 2018, including eight foreign films, 14 coproductions and 25 domestic films.

ACME Film, which was established in 1999 and is still the largest film distributor in the Baltics, distributes films from Sony Pictures, Warner Bros., Lionsgate/Summit Entertainment and numerous other independent producers. The company distributes the films theatrically, on DVD, VOD and on TV. In 2017, ACME film distributed the Lithuanian feature Ashes in the Snow.

Lithuanian films had a tremendous year at festivals. They were presented to the world and launched on global tours with busy schedules. After screening in the East of the West competition at the Karlovy Vary IFF, Giedrė Beinoriūtė’s drama Breathing into Marble went to the Haifa Film Festival in Israel and the Busan Film Festival.

Rugilė Barzdžiukaitė’s first long documentary Acid Forest / Rūgštus miškas (Neon Realism) had its world premiere at the Locarno International Film Festival, where it won the Swatch Art Peace Hotel Award in the First Feature category, and afterwards it had its Eastern European premiere at the Ji.hlava IDFF.

Kristina Buožytė’s VR animation project Trail of Angels / Angelų takais had its world premiere at the Venice Film Festival. For the second year in a row Lithuania participated in the Toronto International Film Festival. The 43rd edition of the festival included the world premiere of Marija Kavtaradzė’s debut feature Summer Survivors / Išgyventi vasarą, a 100% Lithuanian production between M-films and After School. The film was screened in the Discovery category.

Wonderful Losers: A Different World directed by Arūnas Matelis was the Lithuanian submission for the 91st Academy Awards, aiming for both Best Foreign Language Film and Best Documentary nominations. The film is a Lithuanian/Italian/Belgian/Swiss/Irish/British/Spanish/Latvian coproduction.

The documentary Bridges of Time directed by Audrius Stonys together with the Latvian director Kristīne Briede, a coproduction between VFS FILMS, Studio Nominum and Vesilind, premiered at the Karlovy Vary IFF in the Documentary Films Competition section and it was also screened at the IDFA in the Masters section.

In 2018 the Karlovy Vary IFF included a retrospective of classics from the Baltics entitled Reflections of Time: Baltic Poetic Documentary.

The 61st edition of DOK Leipzig had Lithuania as the country in focus to celebrate Lithuania’s centenary and displayed the extensive Lithuanian retrospective Challenges of (In)Dependence, which was the biggest national cinema programme in 12 years.

An extensive programme of Lithuanian animated films was presented at the World Festival of Animated Film – Animafest Zagreb,, while Ilja Bereznickas’ animated film The Goat Luck – Bad Luck was screened at the FEST – New Directors | New Films in Espinho and at the 2018 Animix Festival in Tel Aviv. Akvilė Žilionytė’s short film A Piece for Two Hands was presented at the Sound & Image Challenge International Festival in the Macau, China.

In 2018 the 2nd edition of Baltic Film Days took place in Vilnius, Riga and Tallinn. The 18th goEast festival in Germany put a spotlight on the Baltic States with a symposium, “Hybrid Identities – Baltic Cinema”, dedicated to the national cinemas of Lithuania, Latvia and Estonia, their histories, pursuits of national and cultural identities. The festival’s programme also included some of the key recent titles of Baltic cinema.

The 15th Reykjavik International Film Festival in Iceland dedicated part of its programme to the cinematographies of Lithuania, Latvia and Estonia on the occasion of the centenary of the Baltic nations’ statehood. The special programme “In Focus: Baltic Countries”, put together in cooperation with the national film centres of the three countries, comprised nearly 30 works representing Lithuanian, Latvian and Estonian filmmaking.

There are 84 screens in Lithuania, which is too small a number, according to the Lithuanian Film Centre, in order to provide access to films in smaller cities.

The pan-Scandinavian Forum Cinemas, owner of the largest chain of film theatres in the country (76% of the market share), has six multiplexes with 40 screens, all fully digitalised since 2012. In 2016 Forum Cinemas joined the NCG group, which became a part of the global AMC/Odeon organisation belonging to the Wanda Group since 2017.

The Polish-owned multiplex Multikino, which opened in Vilnius in 2010, has seven screens with 1,673 seats. Baltic Multiplex Ventures, which is the owner of the Cinamon multiplex in Kaunas, invested 1.6 m EUR in its five screening rooms with over 1,000 seats.

Kino Pasaka, which was founded in 2009 as an art house film theatre in Vilnius and is still the only private art house cinema in Lithuania, offers two screens, a VOD platform and also distributes films in Lithuania and the Baltic states. Its VOD platform e.kinopasaka.lt was launched in September 2016.

A total of 26 Lithuanian films (including 21 premieres) screened in cinemas in 2018. Sixteen of them were financed by the Lithuanian Film Centre and nine of them used the tax incentives scheme.

The most profitable Lithuanian film at the national box office in 2018 was Ashes in the Snow / Tarp pilkų debesų, a WWII drama based on the bestseller Between Shades of Gray by Ruta Sepetys. The film directed by Marius Markevičius, produced by Sorrento Productions, Tauras Films, Twilight Merengue Studios and released by Acme Film had 240,880 admissions and 1,295,396 EUR gross since its premiere on 12 October 2018.

The comedy Class Reunion: The Boys Are Back! / Klasės susitikimas: berniukai sugrįžta! directed by Kęstutis Gudavičius and produced and distributed by Vabalo filmai had 182,583 admissions and 1,005,157 EUR gross since its release on 29 December 2017.

The comedy Lithuanian Swingers / Lietuviški svingeriai directed by Tadas Vidmantas, produced and distributed by Vabalo filmai had 111,943 admissions and 645,911 EUR gross, since its release on 25 September 2018. 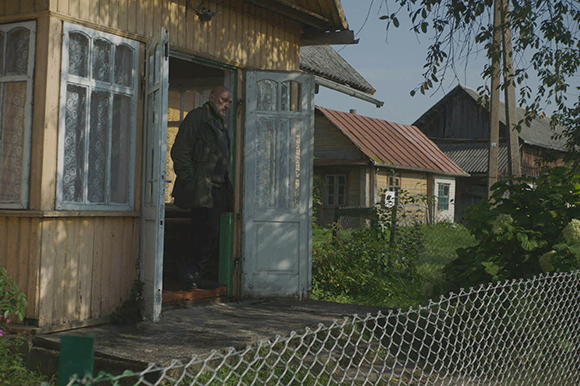 The annual state support for film industry in 2018 was 6,423,000 EUR, compared to 4,619,000 EUR in 2017. In 2018 the Lithuanian Film Centre supported the production of 29 feature films, documentaries, short animated films and interactive projects, as well as the preproduction and script development of 21 projects, the script development of 10 projects and the distribution of 13 films.

The Lithuanian audiovisual industry depends on funds from the Lithuanian Film Centre, private funds, coproducing with foreign companies and pan-European film support initiatives such as the MEDIA Programme and Eurimages.

The Lithuanian Film Centre was launched in 2012 and is headed by Rolandas Kvietkauskas. The long awaited LFC was set up after extensive lobbying by the Independent Producers Association of Lithuania and the Lithuanian Filmmakers Union. It has had a huge impact on the local industry, which previously lacked a central body to represent it. The LFC primarily finances film development, production and distribution in Lithuania and abroad.

The new Lithuanian incentive scheme became operational in January 2014. The Belgian creative industry consultancy KEA European Affairs conducted, under the commission of the Lithuanian Film Centre, a research to analyse the results of the national tax incentive for film production from 2014 to 2017. According to the research, the period from 2014 to 2017 was particularly productive for the film industry with a growing volume of national productions and coproductions as well as an increasing number of projects implemented by foreign film companies. During this time Lithuania received 24.4 m EUR worth of investment from foreign film producers.

A total of 68 filmmakers benefited from the tax incentives, including 23 films by foreign companies. The Lithuanian tax incentive drew the attention of such companies as the BBC and HBO. The tax incentive also encouraged local investment in the film industry. A total of 8,526,871 EUR was poured into film production by local businesses during the 4-year period.

In 2018 the Lithuanian parliament approved a boost to the country’s film production tax incentive, increasing it from 20% to 30%. The new percentage took effect from 1 January 2019 and the legislation has been renewed for the next five-year period. The updated tax incentive is available for fiction films, TV films, documentaries and animated films. At least 80% of eligible film production costs must be incurred in Lithuania and the total amount of eligible spend in Lithuania has to be no less than 43,000 EUR. The incentives scheme is administered by the Lithuanian Film Centre.

Since 1 January 2015, the Act amending the Law on the Lithuanian National Radio and Television came into force. This act bans commercial advertising on all LRT radio and TV channels, but provides more sustainable funding from the state budget. The assigned funding is based on the state budget revenues from the income tax and the excise revenues received in two previous years. Its operations are overseen by the LRT Council. LRT joined the European Broadcasting Union (EBU) in 1993. LRT provides assistance to foreign broadcasting companies covering events in Lithuania.

TV3 is a television channel owned by Modern Times Group (MTG, Sweden) and targeted at the Lithuanian-speaking audience. It was founded on 7 May 1992 and launched on 11 April 1993 as Tele-3, before becoming TV3 on 8 June 1997. TV3 was the most popular TV station in Lithuania in 2018 and had 2,6 million admissions or 17,8%, according to statistics.

LNK TV, also known as Laisvas ir Nepriklausomas Kanalas (Free and Independent Channel), is one of the major commercial TV channels in Lithuania. It was founded in 1995 as part of MG Baltic Media. It has four sister channels: TV1, Info TV, Liuks! and BTV.

Lietuvos rytas TV is a Lithuanian entertainment channel founded in 2008 and airing approximately 55% of international programmes. In 2008 Lietuvos Rytas TV replaced the Lithuanian station Penktas Kanalas and it is part of the Lietuvos Rytas Media Group.

Launched in 2002, TV6 is a Lithuanian terrestrial, satellite and cable television channel owned by the Nordic television company Viasat.

In 2018 LRT continued to air the historical drama Partisans. The Price of Freedom / Partizanai. Laisvės kaina directed by Saulius Balandis and produced by Videometra.

Also in 2018 TV3 aired the 11th season of the most popular Lithuanian TV series Women Lie Better / Moterys meluoja geriau directed by Mykolas Vildžiūnas and Andrius Žiurauskas, and produced by Videometra. Women Lie Better is the most popular Lithuanian drama of all time and it is based on a novel by Daiva Vaitkevičiūtė. The series follows four young women and their love interests.

Another very popular TV crime fiction series aired on TV3 in 2018 was Condemn / Pasmerkti directed by Ramūnas Rudokas and produced by Videometra.