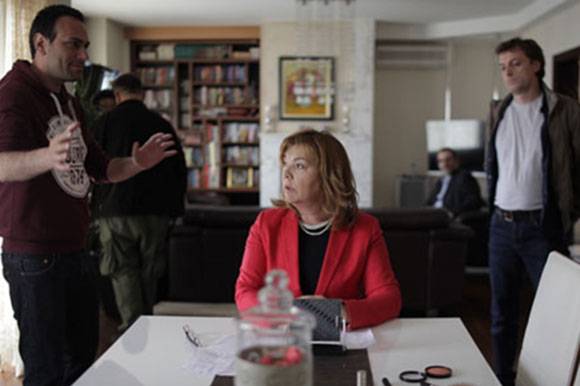 Grandpa and Grandson by Ilija Piperkoski

The story starts with the death of a young patient, after which the young doctor Nikola tries to organise his life and visits his grandfather, whom he hasn’t seen in 10 years. The film is about conflicts between generations, with contrasting values and second chance opportunities.

The film is produced by Ognen Antov. The main roles are played by Dejan Lilic, Salaetin Bilal and Daniela Ivanovska. The film will be completely shot in the city of Ohrid, which makes it the first film in recent Macedonian history to be entirely shot there. The DoP is Romanian Pătru Păunescu.

Shooting is expected to be completed on 14 May and the film will be finished by the end of 2017 in order to screen at festivals in 2018.

Pandora’s Box Production
www.pbox.mk
This email address is being protected from spambots. You need JavaScript enabled to view it.

Dream Factory Macedonia
dfm.mk
This email address is being protected from spambots. You need JavaScript enabled to view it.

Alien Film
www.alienfilm.ro
This email address is being protected from spambots. You need JavaScript enabled to view it.