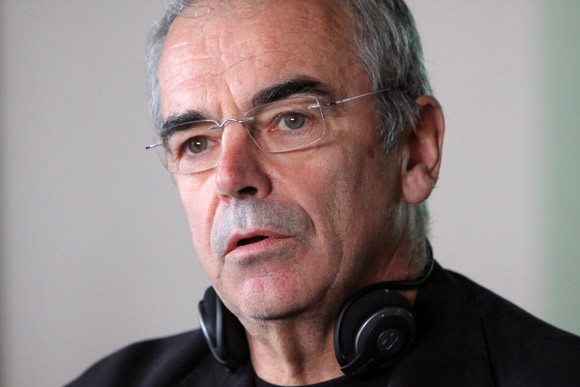 WARSAW: Polish cinematographer Sławomir Idziak spoke with FNE on the topic of how to lower the cost and raise the quality of films through the launch of his new initiative Film Spring Open and the introduction of the concept of previsualization, preview video mock-ups of films also known as previs.

Idziak, most famous for his co-operation with Krzysztof Zanussi and Krzysztof Kieślowski, told FNE what is expected of applicants to the “FILM SPRING OPEN PREVIS” competition, open through 31 March 2013, and the advantages of introducing previs into the European filmmaking system.

What is the idea behind the “FILM SPRING OPEN PREVIS” competition?

The idea behind the contest is very simple. At Film Spring Open we are trying to refresh the outlook on film production, starting from the moment of project selection. There is a distance that divides the script from the finished movie and often it is very big. As a result, a brilliant script can be turned into a bad film and a great film can come out of a weak script. With the previs form we want to shorten that distance and create something that film experts could investigate and get the idea of how the filmmaker is planning to execute his idea.

What exactly is a "previs"?

It is a film half product, or a “rough copy” that will allow the director to give potential investors or producers an idea on what his film will look like. We don’t want a “preview” of the film but a long form of minimum 40 minutes, where the filmmaker will develop his or her story and show us his narrative style. Because previs is not something for the public eye, the director can use several forms to get his idea across – he can stage a scene in an empty room with actors and just stick a piece of paper on the wall saying, that this particular fragment of the film takes place in a restaurant, he can also quote movie clips or music to give us an idea of the atmosphere that he wants to achieve. It is something between the script and the finished film.

What are the advantages of a previs over the traditional script?

We must remember that a script is not literature and often all the details that we get in the book narrative are lost in the dry form of a screenplay. Previs would allow the director to add the visual details that are not available in the written form. In addition, there are filmmakers with significant literary talent and they can produce a script that will capture attention, but the directors who are more visual are missing out on an opportunity to fully represent their ideas and their style when they try to express themselves on paper. Finally, there are thousands if not millions of scripts out there and it would be naive to think that the key decision makers have the time or the attention span to read through them carefully. With previs it is harder to not pay attention, once you are watching something you tend to focus on it better and you are drawn to it more.

And how does this new form help with getting the film financed?

It is much easier to convince a potential investor to give funds for a project that is developed in that way. By creating the previs, a filmmaker shows his engagement in the process and most importantly his potential. He not only needs to have a good idea but invest some time and gather people to help him execute this preliminary form. It is a test if he can carry out this type of narrative and organize his own project. When it comes to getting commercial sponsors, with this type of film form it is much easier to point out specific scenes or characters that can be used for product placement, the script doesn’t allow for much maneuvers in that matter.

How can a previs facilitate the later production of the film?

Simply speaking it can significantly decrease the cost of production because a lot of potential mistakes can be avoided once we are working on a previs. More often than not, young filmmakers find it hard to find their balance. Once they are on set they tend to shoot a lot unnecessary and expensive scenes that don’t even make into the final cut of the film. With a well constructed previs these types of errors can be omitted in the first stage of production because the director has a clear view of what his film is going to look like. He has a blueprint that he can stick to or improve on it. This is accurate with almost every element of production - music can be sampled with the previs in order to check if it blends well with the story; a set designer can experiment on the previs with a low budget and see what type of style the director is looking for. The possibilities to cut costs on this stage are virtually endless.

Can this new form improve the system of filmmaking in Europe?

It is important to note that we don’t want to cut costs of film production just to save money; we just want to put the money into the actual making of the film and use it for prolonging the time of the shoot or post-production. This will be possible if we learn how to avoid expensive mistakes. What needs to change in the European filmmaking system is the drive to copy and compete with the American cinema. The way of producing films there is totally different; it is a big, immensely developed industry that really doesn't need to look for much savings. There are countless filmmakers used with every production because that’s the way the movies have been made there for years and they have very strong trade unions. In Europe there are more and more of young, talented filmmakers, but the amount of funding for film doesn't change. This contest is a part of an experiment that we at the Film Spring Open want to conduct and see if this new economical system will help us distribute the amount of money that the European filmmakers have to achieve not only better quality, but quantity of films.

What types of project would you like to see submitted for the competition?

Because this is an experiment that we want to see in order to check if this new system could work on the European market, we would like to see more genre cinema projects. The auteur or artistic cinema would be fairly hard to illustrate with a previs, while genre cinema such as comedy or action film is easily comparable to other productions of this type and the jury could have a clear idea of how this film could be made.

The ideal project would be a more contemporary production, not a costume film or major action movie with tons of special effects. The planned budget for the winning project is similar to most movie debuts made in Poland – around 2.5 m PLN. What we offer is a chance to shoot the film with professional equipment and guidance from the best Polish filmmakers that gather during the Film Spring Open workshops each year. I’m inviting all the filmmakers who have faith in their ideas; we will do everything to help you and make it happen.