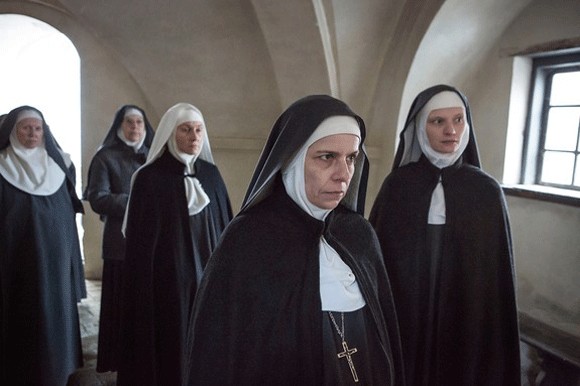 The story is set in 1946. Mathilde, a young doctor, is asked to come to a convent to assist a dying woman. As it turns out that the patient is a pregnant nun, Mathilde discovers a dark secret of the sisters.

The cast includes Joanna Kulig, Anna Próchniak and Katarzyna Dąbrowska. Caroline Champetier (Of Gods and Men) is the DoP. The film was shot on location in Poland in the Warmia region in January - February 2015.

Eric and Nicolas Altmayer are producing through Mandarin Cinema together with Philippe Carcassone, in coproduction with Eliza Oczkowska and Klaudia Śmieja through Aeroplan Film, as well as Mars Films, France 2 Cinema and Scope Picture (Belgium).

The film is supported with approximately 436,000 EUR / 1.8 m PLN by the Polish Film Institute and also by Film Commission Poland. The total planned budget is approximately 6 m EUR/ 25 m PLN. Film Distribution is handling the sales.