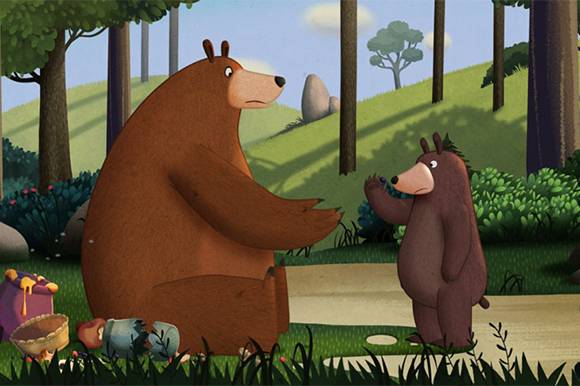 ANNECY: Poland’s Animoon Studio signed a preliminary agreement with China’s Animaex Animation to coproduce the next series of the Polish hit animated show Hug Me. The agreement was signed during the Annecy International Animated Film Festival and Market.

Hug Me / Przytul mnie is a children’s animated series about Father and Teddy, two bears who live in a forest. Every day is different than the other, full of new adventures, so they are never bored. Charismatic, and a bit clumsy Father, together with unstoppable and caring Teddy; can cheer everyone up and lend a helping hand to many animals in the forest.

The 2D animated series is based on a book Proszę mnie przytulić / Please Hug Me written by Przemysław Wcheterowicz and Emil Dziubak, published by wydawnictwo Ezop. The first series of the show, which premiered on 15 April on Puls 2, was produced by Animoon Studio in coproduction with Studio Pigeon, Studio Spot, LSW and Bartosz Wierzbięta. The series received production support from the Polish Film Institute.