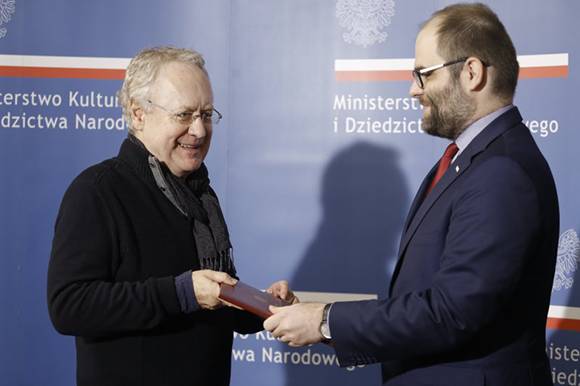 WARSAW: The Polish Ministry of Culture announced the results of a special competition held to find new and interesting feature film projects about Polish history. The winning screenwriters received 132,922 EUR / 565,000 PLN toward script development and awards.

"These works are invigorating the industry, resulting in more good, developed and mature ideas. Over the years it has been said that the main problem of Polish film, apart from sound issues, is weak scripts but I think that this is in the past and now we will not face these kinds of obstacles," said Minister of Culture and National Hertage Piotr Gliński.

Out of 856 submitted film ideas, the Ministry chose 50 projects to receive 706 EUR / 3,000 PLN for their authors to develop treatments. Out of these treatments the Ministry chose five that received 11,763 EUR / 50,000 PLN for the authors to write full scripts. The scholarship winners were Robert Gliński, Tomasz Kamiński, Tomasz Klimala, Marek Ławrynowicz and Joanna Siedlecka.