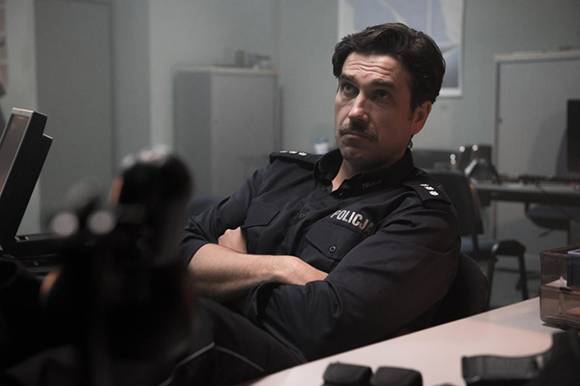 WARSAW: Władysław Pasikowski is directing the third part of the Pitbull crime trilogy after Patryk Vega decided not to direct the last installment of his box office hit project.

The shoot for Pitbull. The Last Dog launched in Warsaw on 15 October 2017. The script written by Pasikowski follows an investigation into the death of a police investigator, that leads officers Despero, Metyl and Quantico into the center of a mob conflict between the Wołomin and Pruszków mafias.

The film is produced by Emil Stępień and his company Ent One Investments, which worked with Vega on his two previous films: Pitbull. Dangerous Women / Pitbull niebezpieczne kobiety (TVP), which set a record with 2.1 m admissions during the first three weeks in cinemas and 2.8 m tickets sold in 2016; and the first installment Pitbull. New Order / Pitbull. Nowe porządki, which had 1.4 m admission from 22 January 2016 through December 2016. Vega based both feature films on the crime series Pitbull produced in 2005-2008 for TVP. The final budget of the film has not been announced.

Vega announced that he will not be coming back to the third part in February 2017, due to a conflict with the producer over casting. Pasikowski, considered to be a master of the Polish crime action cinema, was invited to replace him. The all-star Polish cast includes Marcin Dorociński, Krzysztof Stroiński and Rafał Mohr in the leads, accompanied by Dorota Rabczewska, Cezary Pazura, Adam Woronowicz, Krzysztof Kiersznowski, Iza Kuna, Michał Kula, Marian Dziędziel, Zbigniew Zamachowski and Jadwiga Jankowska-Cieślak.

"I come to the set of Pitbull 3 as one of the biggest challenges in my life. I will have to face the gigantic financial success of the previous two parts as well as the legend and perfection of the TV series from 12 years ago. I am trying to make a crime thriller the best way I know how, without imitating the style of my great predecessor" Pasikowski said.

Pitbull. The Last Dog will open in Polish cinemas in 2018 distributed by Kino Świat.