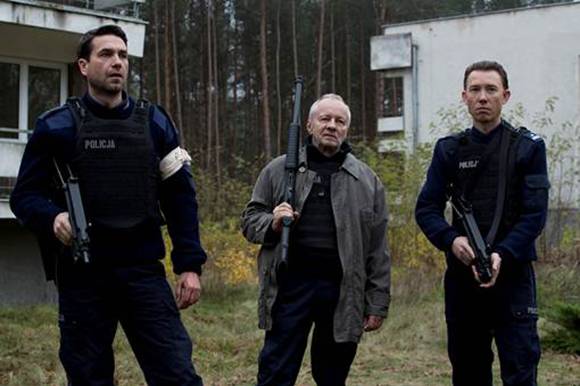 WARSAW: Władysław Pasikowski's third part of the Pitbull crime trilogy had over 350,000 admissions during its opening weekend, making it the second best result for a local premiere in 2018 and a record for the director. Pitbull. The Last Dog was released in Polish cinemas by Kino Świat on 15 March 2018.

As a comparison, Władysław Pasikowski’s spy thriller Jack Strong (produced by Akson Studio and distributed by Vue Movie Distribution) had 220,000 admissions when it premiered on 2 February 2014 and went on to sell 1.1 m tickets in 2014.

Pitbull. The Last Dog is the last part of the Pitbull trilogy, initially set to be directed by Patryk Vega, who was responsible for the first two parts, both major box office hits in Poland. After Vega decided to leave the project, Pasikowski re-wrote the script and directed the third part.

The film is produced by Emil Stępień through his company Ent One Investments, which worked with Vega on his two previous films: Pitbull. Dangerous Women (TVP), which set a record with 2.1 m admissions during the first three weeks in cinemas and sold 2.791 m tickets in 2016, and also on Pitbull. New Order (Ent One), which sold 1.4 m tickets from 22 January 2016 through December 2016.

Pitbull. The Last Dog is the second best opening for a Polish film in 2018, following Patryk Vega's  Women of Mafia (Vega Investments), distributed by Kino Świat, which had 684,000 admissions during its opening weekend of 23 February 2018 (ahead of Fifty Shades Freed). The 2017 Polish box office number 1 hit Letters to Santa 3 (TVN) was released by Kino Świat in November 2017 and had 736,812 admissions, topping 2017 with over 3 m admissions.