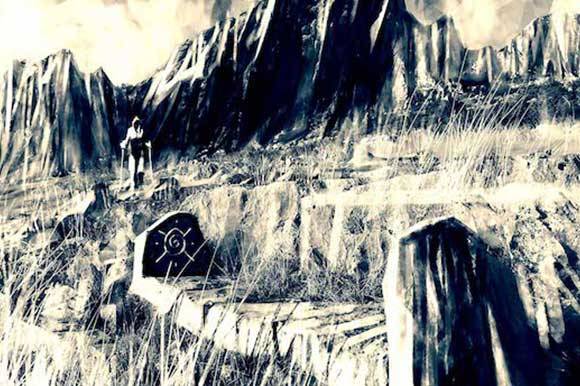 COTTBUS: Director Dubravka Turic is working on her debut feature film Traces, a drama with mystical elements that encompasses the four seasons of a single year, which is produced by Ira Cecic and Ankica Juric Tilic. The Croatian/Romanian coproduction was pitched at connecting cottbus, 6 – 8 November 2019.

Traces is a multi-leveled symbol: the mystical symbols engraved on ancient gravestones, the traces left on the face of middle-aged Ana as she loses patches of skin pigment, the traces of her family’s past in photographs and other mementos, and Ana’s own realisation that she is the last living member of her family. Ana sells her apartment in Zagreb and returns to the isolated mountain home of her recently deceased father, to go through inheritance proceedings. She reconnects with a childhood friend, who guides her to the land she inherited, passing piles of stones left by past generations to mark the route. Ana begins to see the connections in her life, and returns to Zagreb with a fresh confidence and understanding of life.

The film’s estimated budget is 992,000 EUR, with 653,000 already attached. The film is a produced by Croatia’s Kinorama and coproduced by Romania’s Microfilm. It received Creative Europe MEDIA slate funding for development, script development and production funding from the Croatian Audiovisual Centre, and minority coproduction support from the Romanian Film Center. The producers have a pre-sale agreement with Croatian Radio Television and are seeking additional coproducers, sales agents and distributors.

Filming is planned for late summer and winter of 2020. The film should be ready for release in 2021.