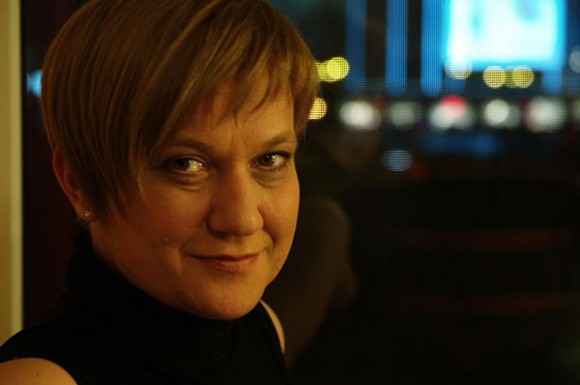 She told FNE that the film closest to production is Aferim!, the third feature of Radu Jude. Aferim! is a Romanian-French-Bulgarian coproduction from HiFilm Productions, EZ Films and Klas Film. Both a family story and a meditation on how mentalities are passed through one generation to the next, Aferim! which is set at the beginning of the 19th Century has a the biggest budget Solomon has worked with so far: 1.5m EUR.

One Step Behind the Seraphim/Un pas în urma serafimilor, the first feature film of Daniel Gabriel Sandu and a glimpse in the life of teenagers from seminaries, is also in development. It is coproduced with Solomon’s frequent Hungarian collaborator Cor Leonis production company.

Solomon is also producing Trading Germans, a long documentary made by the Romanian-born German director Răzvan Georgescu in coproduction with the Germany’s Februar Filmand with the support of the MEDIA Programme and HBO Romania. The film, shot in autumn 2013 and currently in postproduction, is the first film dealing with the topic of how the German government bought ethnic German from Romania during communism. The budget is 350,000 EUR.

Another two long documentaries are in development: The Distance Between Me and Me, from US-based Romanian director Mona Nicoară who is coproducing through her company Sat Mic; and Tarzan's Testicles by Alexandru Solomon, coproduced by the French company Seppia.

Ada Solomon's Parada Film is a minority coproducer on several international projects in development. Banat, the first feature of the Italian Adriano Valerio produced by the Italian Movimento Film in coproduction with Parada Film and the French Epicentre Films will shoot in 2014 or 2015. Viking Line Story, the first feature of Romanian-born Swedish artist and filmmaker Ştefan Constantinescu produced by the Swedish company Atmo deals with the space in between two worlds. German director Maren Ade’s Tony Erdmann will be shot primarily in Romania and produced by Komplizen Film in coproduction with Hi Film Productions and Austria’s Coop 99.