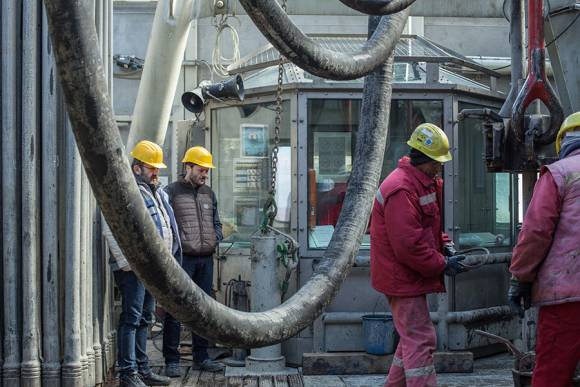 BUCHAREST: Romanian director Hadrian Marcu is currently filming his debut feature Shadow and Dream (working title). The film is a Romanian/Polish coproduction set to premiere in 2018.

The story follows Petru, a drilling engineer in his mid-thirties, who is about to start a family with his girlfriend, while having an affair with a co-worker. When an accident occurs and his secret lover loses her legs, Petru grows conflicted and is unable to choose between the two women.

Anamaria Antoci and Adrian Silișteanu are producing through Romania's 4 Proof Film in coproduction with Klaudia Smieja and Beata Rzezniczek through Poland's Madants. The film is supported by the Romanian Film Centre, Romaqua Group and Mindshare Media. Antoci told FNE that the budget is 750,000 EUR of which 20% is still needed.

Shooting started on 17 March 2017 and will wrap end of April 2017. Shooting takes place in Romania in Suceava, Bucharest and Vâlcea. The film is expected to be ready in autumn 2017 with the premiere set for 2018. No sales agent is attached yet, but Domestic Film is already set as the Romanian distributor.

Antoci was awarded Best Newcomer at the national Gopo Awards Gala in 2017 for producing Adrian Sitaru's Illegitimate / Ilegitim (4 Proof Film), winner of the C.I.C.A.E. Award at the 2016 Berlinale's Forum.

4 Proof Film
www.4prooffilm.ro
This email address is being protected from spambots. You need JavaScript enabled to view it.