FNE EXCLUSIVE: Radu Jude Preps Is This What You Were Born For? Featured 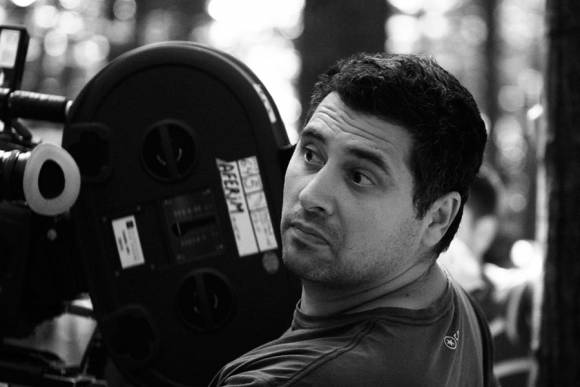 BUCHAREST: Acclaimed Romanian helmer Radu Jude is set to start shooting his new feature film Is This What You Were Born For? with his regular producer Ada Solomon at Hi Film Productions in summer 2017. This Romanian/Czech/French/Bulgarian coproduction will tackle a delicate subject in Romanian history, the massacre of approximately 20,000 Jewish people by the Romanian army in Odessa in 1941.

The script penned by Jude follows a young theatre director, who plans to do a reenactment of the Odessa massacre during a Bucharest Days cultural event, despite the doubts of the city hall (the initiator of the event) and her personal problems.

During the WWII, when Romania was allied with Nazi Germany, Romanian and German soldiers conquered the city of Odessa in 1941. Following an attack which caused the death of several Romanian soldiers, Romanian marshal Ion Antonescu ordered the execution of the Jewish population in the region.

The massacre was banned from Romanian history books for decades and even today, without an official acknowledgement from Romanian officials, most Romanians still deny it.

Ada Solomon said that Is This What You Were Born For? / Pentru asta te-ai nascut? is currently in development/preproduction. Marius Panduru, Jude’s regular collaborator and one of the most requested Romanian DoP’s, will lens. The main characters are played by Ioana Iacob, Alex Bogdan and theatre director Alexandru Dabija, whom Jude previously cast in his short film Shadow of a Cloud / Ca o umbra de nor, selected for Cannes Quinzaine des Realisateur, and in his feature film Aferim!

Shooting will take place in Bucharest in summer-fall 2017, and the film is set to be finished in mid-2018. Beta Cinema will handle the sales and Micro Film will release the film in Romania.

Hi Film Productions:
www.hifilm.ro
This email address is being protected from spambots. You need JavaScript enabled to view it.