PRODUCTION: Tudor Giurgiu to Shoot Above Man, the Woman Soars in Spain Featured 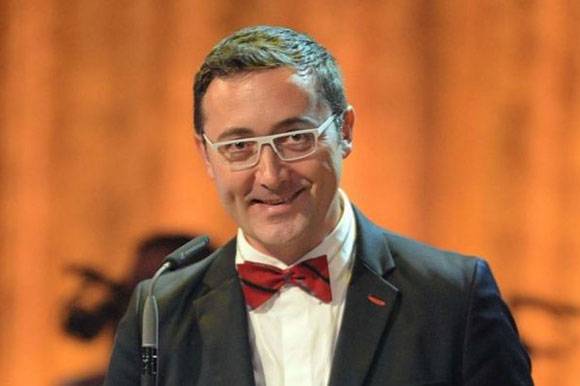 BUCHAREST: Romanian writer/director/producer Tudor Giurgiu will start shooting his fourth feature film Above Man, the Woman Soars / Apropierea / Sin Aliento in Spain on 19 October 2017. This Romanian/Spanish/Czech coproduction is the first film shot by Giurgiu as a director abroad.

Above Man, the Woman Soars is an adaptation of the bestseller Closeness / Apropierea, written by the Romanian writer Marin Mălaicu-Hondrari, and will be shot in Spain and Romania. The film stars Romanian young actor Mihai Smarandache alongside the acclaimed Spanish actors Belén Cuesta, Ariadna Gil and Luis Bermejo.

The story follows a Romanian writer, who emigrates illegally to Spain in 2002 and starts working as a night watchman in a car park. When he meets Maria, who plays the guitar in a jazz band, his life changes forever.

„The project is complicated, challenging and very different from what I've done so far. I was fascinated by the autobiographical story of Marin Mălaicu-Hondrari and we both tried to recreate the context of the 2000s, when many Romanians left the country for work, due to their precarious lives, as well as a love story that recovers many themes from the writer's prose, such as the nostalgy for homeland, the travel and the power some people have to fantasise, imagine and wish things more or less tangible", Giurgiu said in a statement.

He is producing through Romania's Libra Film in coproduction with Spain's Tito Clint Movies and Evolution Films from the Czech Republic. The Romanian Film Centre and Creative Europe are supporting.

The film is set to be released in Romania in October 2018.

Libra Film
This email address is being protected from spambots. You need JavaScript enabled to view it.
www.librafilm.net

Evolution Films
http://evolutionfilms.cz
This email address is being protected from spambots. You need JavaScript enabled to view it.