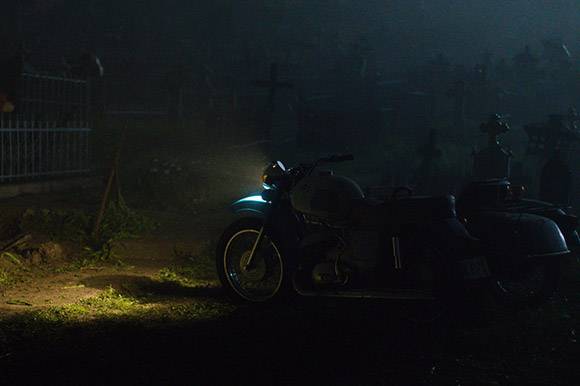 Emil is a love story as well a drama of a lifelong friendship. Emil, an old man, doesn’t believe in ghosts until his wife starts haunting his best friend Titi, 40 days after her funeral.

Unfolding the mysterious and sometimes funny chapters of the story, both men will learn to understand and accept one another in friendship as well as in love.

The project won a production grant of 419,368 EUR / 1,943,000 RON from the Romanian Film Centre in May 2018 and is financially supported by: Opel Southeast Europe / Mediacom Romania, Macromex / Publicis Groupe Media, B.V. McCann Erickson, Propaganda Creative Services. The film is made in partnership with Chainsaw Europe Studio..

The project was presented at the Film Co-Production Market - MIA in Rome 2018 and at San Sebastian’s Glocal in Progress in 2019.

Emil was shot in the Vâlcea and Olt counties from 15 March to 15 April 2019 and is expected to be finished in the first part of 2020, with the premiere set for 2020. No sales agent or local distribuitor is attached to the project yet.

Gruzsniczki’s third feature film, Zavera, had its world premiere in the International Competition of the 41st Cairo Film Festival and was released in Romania by Bomb Film Production on 29 November 2019. Zavera is produced by Romania's Saga Film.

Producer:
AVVA MMIX STUDIO (Romania)
Andreea Dumitrescu: This email address is being protected from spambots. You need JavaScript enabled to view it.