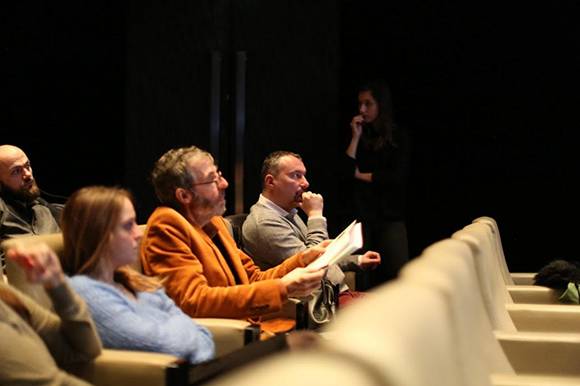 The workshop was organised by Film Center Serbia and CNC - Centre national du cinéma et de l'image animée, as a result of the formal agreement signed during the Cannes Film Festival 2017.

The Serbian official team was led by Boban Jevtić, the director of FCS, who told FNE: “Co-operation with France is definitely one of our strategic goals for the years to come. In 2017 two Serbian projects (Stefan Arsenijević’s Strahinja Banović, produced by Art & Popcorn, and Srdan Golubović’s Father, produced by Bas Celik) won grants at the CNC’s Cinéma du Monde fund and recently a French production (Igor Latinović's Trotoari raja) won a minority coproduction grant at our fund. The workshop has clearly reminded us that there are topics which can improve our collaboration quite naturally and organically, and that is something that should be fully nurtured and developed.“

The second edition of the French-Serbian film meetings (Serbian-French Rendez-vous) also took place within the Auteur Film Festival 2017 in Belgrade, a few weeks ago.