First Bollywood Film To Be Shot In Slovakia Featured 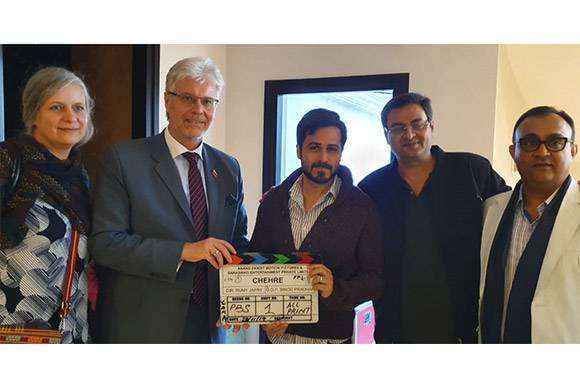 SLOVAKIA: The mystery/psychological thriller Faces / Chehre directed by Rumi Jaffery and starring Amitabh Bachchan will start shooting in the High Tatras in Slovakia on 10 December 2019. This is the first Indian film to be shot in Slovakia. The eight shooting days in Europe are divided between Slovakia and Poland.

Technical support and crew are from Poland and India, so the producers didn‘t meet the minimum spend to apply for a cash rebate in Slovakia. They are considering other options.

„Amitabh Bachchan is a legend in India and we believe this shooting also motivates other relevant filmmakers from India to come to Slovakia“, Zuzana Bielikova from the Slovak Film Commission told FNE.

The Bollywood star Emraan Hashmi and the rising star of the Indian cinematography Krystle D'Souza are also among the protagonists of the film. The cast includes Rhea Chakraborty, Siddhanth Kapoor, Annu Kapoor and Raghubir Yadav.

Slovak Ambassador to India Ivan Lančarič, who met with the film crew on 28 November 2019, expressed the belief that which such a stellar cast the film will be the best promotion of Slovakia in India, attracting a number of tourists.

The principal photography started on 10 May 2019 and the premiere will take place in Mumbai on 24 April 2020.