FNE at Slovenian Film Festival in Portorož: My World Is Upside Down Featured 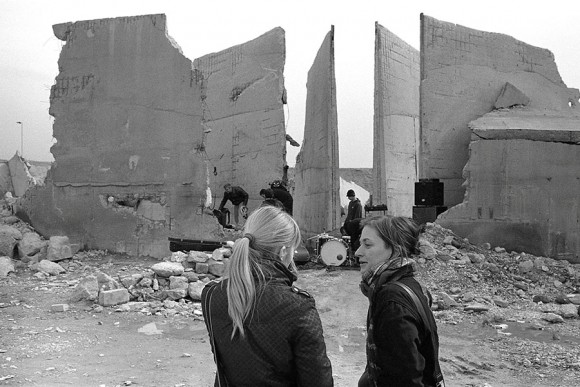 My World Is Upside Down by Petra Seliškar

PORTOROŽ: Musical documentary My World Is Upside Down / Moj narobe svet by Petra Seliškar will be screened in the competition of the 19th Slovenian Film Festival in Portorož (13-18 September 2016). This Slovenian/Macedonian/Croatian coproduction is inspired by the personality of Frane Milčinski Ježek, known as the Slovenian Charlie Chaplin.

“The film is dedicated to the importance of an artist in our ‘upside down’ world,” director/screenwriter/producer Petra Seliškar explains the motives for doing this musical documentary combining live performances by prominent alternative musicians performing Ježek’s songs with recordings from his vast personal archive.

“The world that Ježek described has not changed much in 30 years. It is still upside down. We get to know it through the musical journey that goes from a one-man band classical guitar player to a sixty piece orchestra performance, an underground rock band from Australia, an Italian crooner, and experimental accordion sounds of Finland, through to the hard-core punk sounds of Macedonia, magical Arabic-Gypsy lyricism and American avant-garde,” Seliškar said in 2012, when she was in search of Austrian and Italian coproducers, but found instead Croatian and Macedonian coproducers. Shooting took eight years on location in Slovenia, Macedonia, Italy and Portugal.

The film was produced by Petra Seliškar through Petra Pan Film, in coproduction with Oliver Sertić through Croatian Restart Production and Brand Ferro through Macedonian Petra Pan Film. The project was supported by the Ministry of Culture of Republic Slovenia (with 100,000 EUR), Croatian Audiovisual Centre and the Macedonian Film Fund. The budget is 252,163 EUR, Seliškar told FNE.

After the premiere screening at the Slovenian Film Festival, the film will be released by Art kino mreža Slovenija in November 2016 in Kinodvor and in art cinemas around the country in December 2016.

PPFP
Mihail Čakov 9-5
1000 Skopje
Macedonia
Phone +389 78 292 326
This email address is being protected from spambots. You need JavaScript enabled to view it.
http://petrapan.com/