Lithuanian, Latvian, and Estonian films available under one Cinema flag 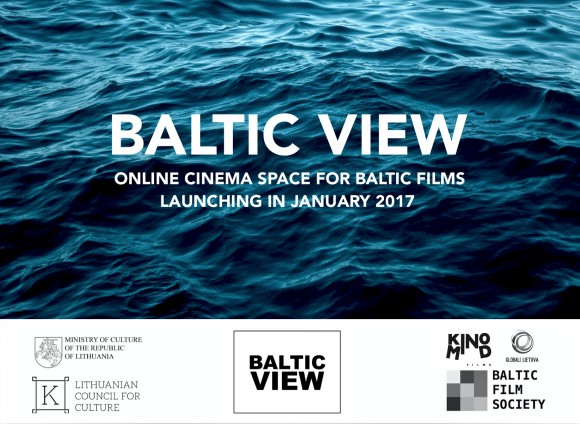 A new online cinema space is to be launched in 2017, bringing together some of the best films from the fast growing and dynamic cinema of the Baltic countries of Lithuania, Latvia and Estonia.

Baltic View will feature significant and exciting work from across the region, and will often be the only place where they can be legally seen online.

The subscription service will be curated by a selected group of experts, including critics, festival programmers and cinemas.

In the first year, subscribers will be able to see 25 films in five categories: Youth, Portrait, Freedom, Family Ties, and Old Classics.

As part of the commitment to promote films and film-makers across Europe, the online service will run alongside other activities, including cinema screenings in capital cities, beginning with London and Edinburgh. Special events will also be launched during film festivals.

The combination of a great online service and big screen is expected to provide a major boost for the film industries of Lithuania, Latvia and Estonia. National Film Centres from all three countries are already committed to supporting and promoting the service.

Baltic View was initiated by international film production and distribution company “Kinomind Films” with the support of the Ministry of Culture of the Republic of Lithuania.

Baltic View has also benefited from an exclusive training programme in Wroclaw, Poland, organised by SOFA (School of Film Agents) for cultural managers and attended by founder Inesa Ivanova.
Demand for Baltic films can be seen at festival screenings across Europe and worldwide, where Baltic films have enjoyed success at A-list festivals.

“The buzz around film has generated demand among ex-pat communities around the world and they are expected to be among the most enthusiastic users. We also hope to attract other cinephiles, curious about the talent and high-quality work emerging in the Baltic countries,” said Ivanova.

In September, the project was presented at Riga IFF and in November at Minsk IFF “Listapad”, and it will be introduced to the industry at Baltic Event in Tallinn on 21st November.

Kinomind Films is a dynamic multinational production and distribution company with bases in Vilnius, London and Toronto. The company creates Film, TV and Digital Media for a global audience with some of the world’s brightest talent across live action, animation and documentary. Kinomind Films have 20 short films and 5 feature length documentaries under their belt. One of the main projects currently in development is “Happy Go Hopscotch” – educational TV series for pre-school children.