A record number of Czech filmmakers at the East Doc Platform 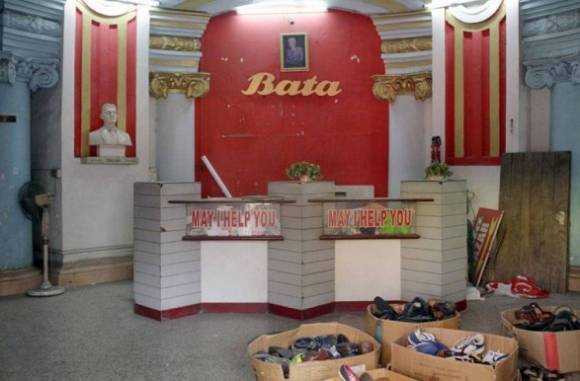 Czech filmmakers have been involved in the East Doc Platform (March 3 – 9, Prague) in increasingly larger numbers, which is a clear indication of the growing quality of Czech films in the international context. The 7th EDP will present a total of fifty projects from Central and Eastern Europe. Nearly one-third of the films includes a Czech director or a (co-)producer.

Czech Docs… Coming Soon is a public presentation of five Czech documentary projects. Filmmakers and producers have twelve minutes to present the topic, financial plan, production timeline and visuals of their project. The presentation allows Czech producers to introduce and later get valuable advice on their projects in development that have a good potential for international distribution or festival release. The event takes place on Tuesday, March 6, 2018 at 2 p.m., hosted by the widely respected film expert Tue Steen Müller. Czech Docs… Coming Soon is organized by the Institute of Documentary Film with support from the Audiovisual Producers’ Association (APA). Projects selected for this year’s East Doc Platform include eight APA members.

Slovak filmmaker and producer Peter Kerekes will pitch his documentary feature Baťa, the First Global Entrepreneur of the World (p. Negativ Film Productions) about the first Czechoslovak businessman and footwear tycoon. It is a remarkable project developed by Czech TV in co-production with Arte France. Another much-anticipated Czech film is Artemio Benki’s directorial debut Fugue (p. Artcam Films) that tells the story of a young talented Argentinian pianist who spent four years behind the walls of a psychiatric ward. My Unknown Soldier by Anna Kryvenko (p. Analog Vision, co-produced by Czech TV) is a documentary film made up of archive footage of Czechoslovakia occupied by the Warsaw Pact armies in 1968, viewed through the eyes of one of the soldiers. Kibera Stories (d. Martin Páv, p. Frame Films, co-produced by Czech TV) follows several protagonists in Nairobi who manage to accomplish a lot despite the harsh conditions in Africa’s largest slum and the turbulent period of the 2017 presidential election. Finally, In the Name of Allah (d. Francesco Montagner, p. nutprodukce) is a portrait of a Bosnian village affected by radicalized preaching, designed to motivate Muslims in the region to join ISIS.

Filmmakers and producers will go on to attend one-on-one meetings with festival and sales agent representatives at the East Doc Market, along with other Czech projects. Jakub Felcman and Tomáš Michálek are currently working on Understanding of Context (p. MasterFilm, co-produced by Czech TV) about one of the greats of Czech cinema, cinematographer Jaroslav Kučera. Producer Jan Macola whose work includes the successful Czech documentary Normal Autistic Film, will present In Mosul (p. Mimesis Film) by Jana Andert who spent eight months with Iraqi forces on the front line in the battle for Mosul. In his film Circus Rwanda (p. Xova Film, co-produced by Czech TV), director Michal Varga tells the story of a collaboration between the Czech Cirk La Putyka and acrobats from Rwanda.

The East Doc Platform’s headline event is the central pitch of 21 projects in development – the East Doc Forum.

A new section in this year’s EDP program, the IF/Then Short Pitch is a competition for short projects organized in partnership with IF/Then, a new distribution initiative run by the Tribeca Film Institute and the festival One World. Among the six films included in the competition is Blackandwhite by Zoe Eluned Aiano and Anna Benner (p. Punk Film). It tells the strange tale of a Czech nurse from WWII. In an attempt to avenge rape, the woman decided to infect wounded soldiers in her ward with syphilis. She was later executed by the Gestapo.

The last Czech film in the lineup is the interactive web documentary Forgotten War by Zdeněk Chaloupka (p. Pink Productions). It captures the reality of everyday life in the so-called grey zone, a territory along the front line in the east of Ukraine, and allows the viewer to get a glimpse of the war conflict from the perspective of the locals. A road movie in which the viewer picks the character and place to experience the impact of the war. The project will be presented under East Doc Interactive.

Czech TV is a major co-producer of Czech documentaries. “Although Czech TV is the largest producer and co-producer of Czech documentaries, it cannot automatically accept all projects and has to be selective as well. To have the opportunity to find out about the latest topics, trends and approaches in documentary filmmaking in Eastern Europe is extremely valuable and inspiring,” says Věra Krincvajová, Czech TV documentary programming story editor, about participation in the EDP. With regard to the Czech TV Co-production Award, she adds: “In addition to its quality, the winner of the award must reflect our programming preferences because it will eventually air on Czech TV.” The jury will include these Czech TV professionals: Markéta Štinglová, International Programming Manager; Věra Krincvajová, story editor, and Petr Morávek, Current, Documentary and Educational Programming Manager.

Winners will be announced on Friday, March 9 at the East Doc Forum. An international jury will present the best project in development and production with the East Doc Platform Award along with EUR 7,500. The financial prize is designed to help filmmakers fund development of their documentary film. Czech TV, EDP’s general media partner, will announce the Czech TV Co-production Award that comes with EUR 5,800. In addition, all projects selected for the 2018 East Doc Platform will compete for the HBO Europe Award and EUR 2,000 for project development.

Tweet
More in this category: « ACM Distribution - new call for projects LET’S CEE AWAITS YOUR FILMS. TOGETHER OR APART »
back to top