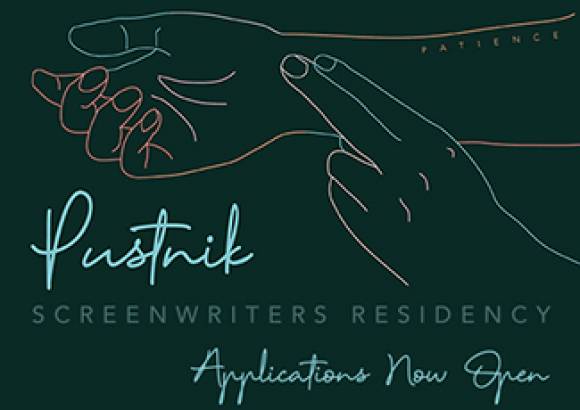 The first guest experts have been announced for the fifth edition of Pustnik Screenwriters Residency, which will take place in Romania this September.

During the nine-day retreat, eight screenwriters – three from Romania and five internationals – will develop their first or second feature-length screenplays. Pustnik also invites a handful of established European filmmakers to offer advice and support in the form of roundtable discussions, masterclasses, and one-to-one sessions. Furthermore, a panel of local professionals will provide an overview of co-production opportunities with Romania.

Laurence Coriat wrote Michael Winterbottom's Wonderland which was selected in competition at Cannes in 1999 and won the best British Independent Film award that year. She co- wrote Sandra Goldbacher's Me Without You, starring Michelle Williams and Anna Friel, which was unveiled at the Venice Film Festival in 2001. She went on to collaborate with Michael Winterbottom in 2006 on A Mighty Heart an adaptation of Marianne Pearl's account of her husband's kidnapping and murder, starring Angelina Jolie. In 2016, she took part in a writers room with show runner Hossein Amini and is writing for ‘McMafia’, Amini’s BBC series currently in production, directed by James Watkins.

Soudade Kaadan won the Lion of the Future award for Best Debut at Venice Film Festival 2018 for her film The Day I lost My Shadow. The film also screened at TIFF (Toronto), BFI (London), Busan and IFFR (Rotterdam). Only a few months later, her short fiction film Aziza won the 2019 Sundance Grand Jury Prize. Soudade will share professional and creative insights with this year’s residents, particularly on transitioning from short film to features.

Bianca Oana is a Romanian writer and producer who co-wrote Cătălin Mitulescu’s Loverboy, which premiered in 2012 at Cannes Film Festival in the section Un Certain Regard.

She has produced Ivana Mladenovć’s documentary debut Turn off the Lights, Toto and His Sisters by Alexander Nanau, the short film A Country of Two by Neritan Zinxhiria, and the feature film Touch Me Not by Adina Pintilie, awarded in 2018 with the GWIFF Best First Feature Award and the Golden Bear at Berlin International Film Festival. Bianca is now producing Alexander Nanau’s latest documentary, Project C (working title).

Residents will be selected by Andreea Borțun (Romania) and Bryn Chainey (UK/Australia), co-founders of Pustnik. The applications received so far come from all corners of the world - from South-East Asia, to Middle East, Europe and America.

The deadline for applications is April 22 and screenwriters can apply online at www.pustnik.com. All information regarding the application process can be found under the How to apply section. There are no application or participation fees, but every resident must pay for his/her travel to Bucharest. The organisers will cover the costs of accommodation and meals, as well as transport within Romania.

The residency will be hosted at Cultural Port Cetate, a 19th century site with an incredible history of its own, located on the Romanian shore of the Danube.

About Pustnik: Pustnik is the first international screenwriters residency to take place in Romania. It aims to create an environment dedicated to productivity and clarity of thought, away from urban pressures. Pustnik is also a growing network of film professionals whose aim is to ease and encourage collaboration across the international cinema industry.

For more information: www.pustnik.com www.facebook.com/pustnik Laura Musat – This email address is being protected from spambots. You need JavaScript enabled to view it.