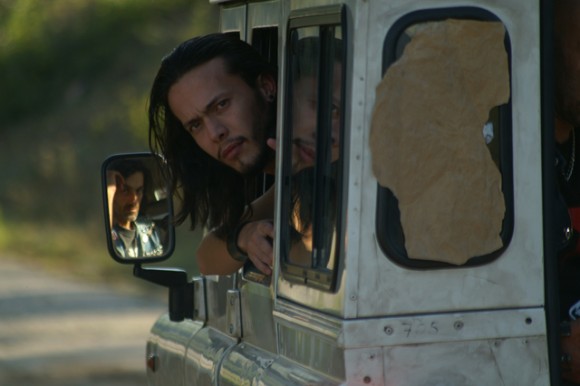 COTTBUS: Following the success of Punk’s Not Dead which won the East of the West award at the 2011 Karlovy Vary IFF (www.kviff.com), Macedonian director Vladimir Blazevski and Punk Film (www.punkfilm.mk) producer Darko Popov reteam with the black comedy Freedom or Death, pitched at Connecting Cottbus (www.connecting-cottbus.de).

The film, with a decidedly absurd and satirical sensibility, paints a picture of a “friendship” between a zookeeper and a monkey whose escape from the Skopje zoo is cheered as an act of rebellion by the city’s residents. Popov joked, “We were introduced as the monkey project people,” but added, “The plot is generated by a chimpanzee.” The film is designed to combine arthouse styling with commercial appeal.

The 1.07 m EUR film is envisioned as a coproduction with Bulgaria, Servia, and Croatia. The filmmakers have received 30,000 EUR in funding and have applied to the Macedonian Film Fund (www.filmfund.gov.mk) for 500,000 EUR. They were in Cottbus seeking German and other coproducers, distributors, and sales agents.