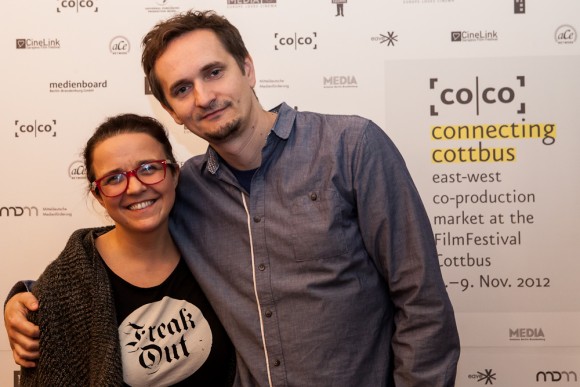 Konopka was joined by rising young producer Anna Wydra of Otter Films (www.otterfilms.pl). The film, set in the Middle Ages, is the story of two missionaries of contrasting temperaments who arrive in a pagan wilderness to convert the local population. Konopka described The Mute, his second feature film, as “a mystic fantasy.”

The script, currently in development through the ScripTeast workshop (www.scripteast.pl), will be completed in December. The film was selected for the EAVE Production Workshop and was presented at the Collegium Hungaricum Pitch Stop in Berlin and Polish Days at New Horizons FF (www.nowehoryzonty.pl).

The film is budgeted at 1.3 m EUR with 76,000 EUR in place. The team was in Cottbus seeking coproducers from Germany and Northern Europe, as well as distributors and a sales agent. It was one of the most in-demand projects pitched at Connecting Cottbus, with ten meetings scheduled.