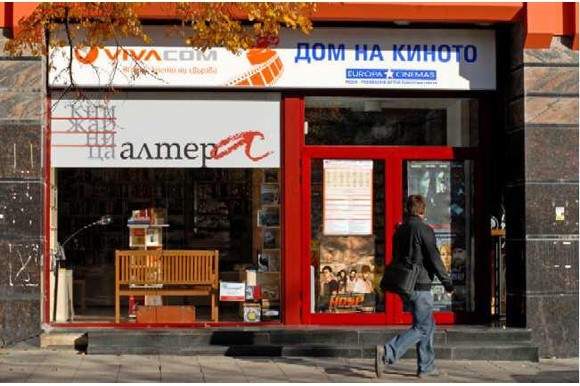 FNE together with Europa Cinemas continues its Cinema of the Month series. In recognition of the hard work and excellence of European cinema operators we choose a cinema from each country covered by FNE each month. 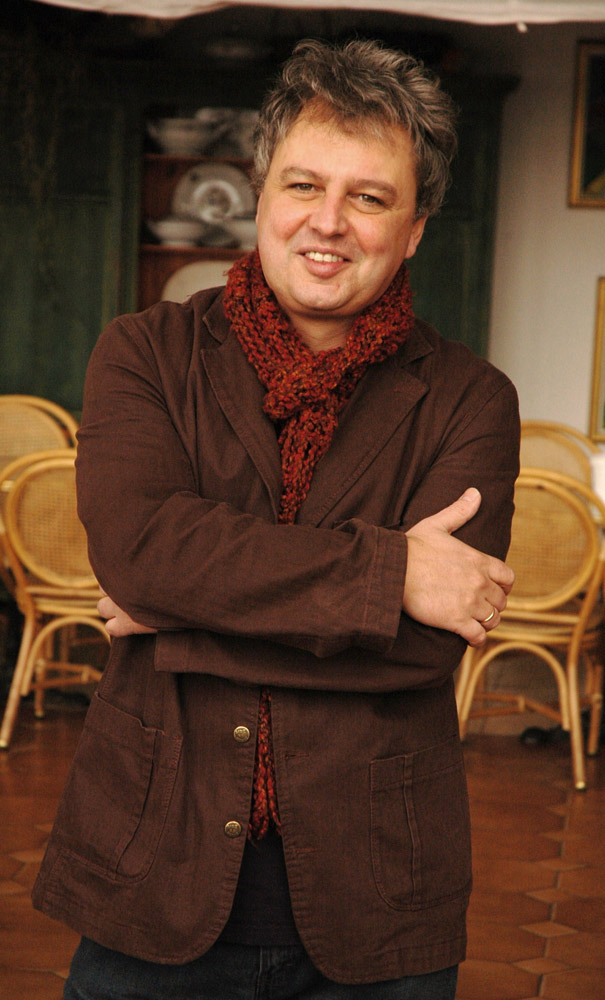 We look at the challenges and the successes faced by those cinemas with a special series of interviews that offer insights that other operators can benefit from and a platform for the exchange of ideas.This month we focus on Bulgaria and we talk to Stefan Kitanov, the manager of Cinema House/Dom na kinoto, and to the programmer Vladimir Trifonov.

In 2012 Europa Cinemas named Stefan Kitanov as Best Entrepreneur of the Year. It was “a recognition for the hard work of all our team over the last 20 years in all the different activities we are dealing with: exhibition, production, distribution and festivals,” Kitanov said.

Kitanov and Trifonov discussed the particularities and recent development of the Bulgarian market, and the digitalisation of the cinema just in time for a new edition of the Sofia International Film Festival, which will be hosted by Cinema House among other venues starting 7 March 2013. 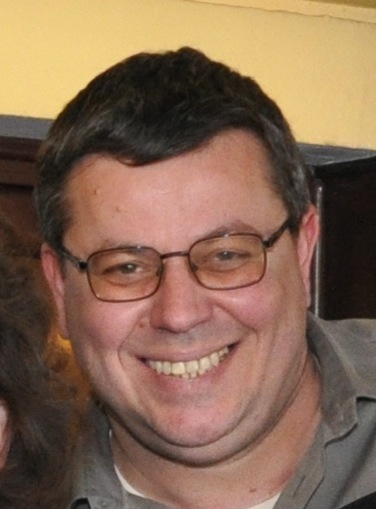 There are three big challenges:

- To bring the filmmakers to present their films to the audience

- And the biggest one – to create a young audience with a love for cinema and the ability to understand the art of film. We have been doing educational programmes four years in a row now and the time for harvest has come with full houses and queues of young people hungry for art films.

We prefer to screen the best of European art house cinema which is on the market through the distributors, as well as the best of American independent cinema.

Sadly, because of the highest ever VPF in this part of Europe, such type of films are very rarely bought for distribution in Bulgaria. That’s why we are doing our best to organize festivals and retrospectives in order to screen the films which we love. The cinema is also a preferable venue for premieres of Bulgarian features and documentaries. 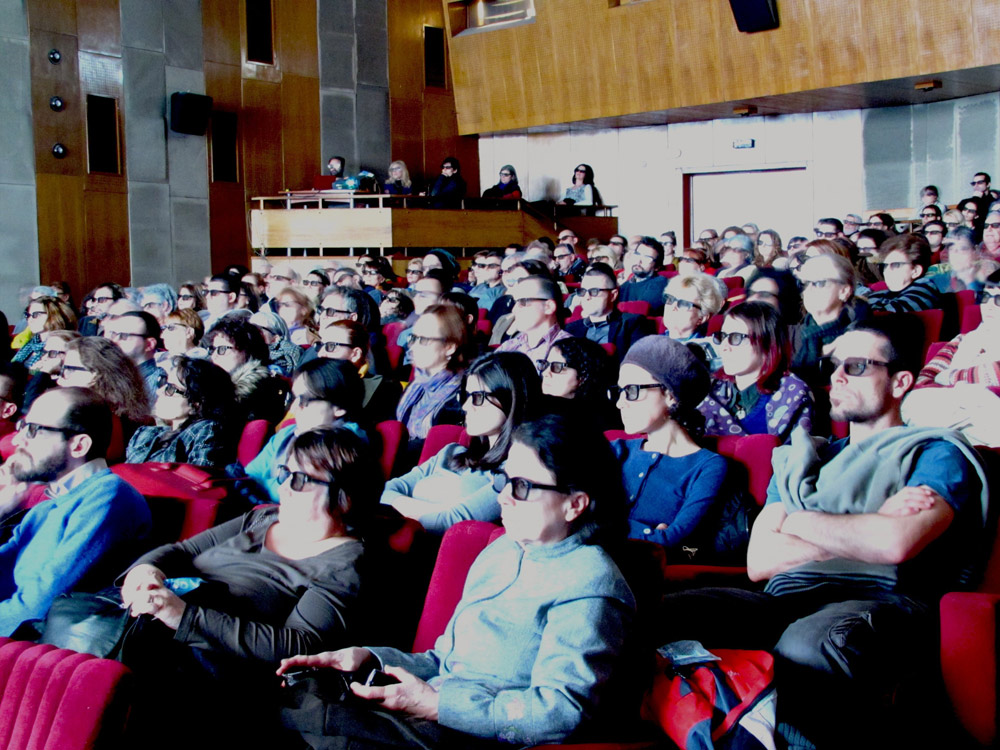 Through all of these festivals we present to our loyal audience a diverse programme, trying to show not only hot festival titles, but even smaller productions from countries with low production capacity, such as many of the Asian and Latin American countries. The diversity of the programme is a serious advantage, especially when the only alternative is the typically blockbuster oriented programme of the multiplexes.

The other advantage of the festivals is meeting with the filmmakers and the possibility to do Q&A’s with them. Creating events is the key to attract the audience to art house films nowadays.

What is role of Europa Cinemas for cinemas such as your cinema and why is it important?

It’s important to be part of a pan-European family. And Europa Cinemas is the mother of the cinema theaters family in Europe. Being there it helps us to keep the level of programming. The importance of being part of such an influential network brings many contacts and shared know-how with our colleagues in other European countries, which have the same passion for quality cinema. Europa Cinemas is also pushing us to update the quality of screening conditions and the approach to young audiences.

Cinema House is the cinema theater of Union of Bulgarian Filmmakers. So naturally the members of the local industry come to see films and meet there. It is also the leading art house cinema not only in Sofia, but in Bulgaria – we have a real loyal audience which loves our initiatives.

For example, in the last two months we had a slight refurbishment and finally succeeded in being equipped digitally; many people constantly drop by to ask when the refurbishment will be finished and when we will open. Some enthusiasts across the country who are trying to organize local events admit to us that they follow our weekly programme in order to see which films to choose for their theaters.

Our educational program – Sofia Film Fest for Students – attracted a great and constantly rising interest in its four years. The young audience, which is keen to see quality films, is so huge for some titles that we arrange extra screenings. Thanks to the support of the Bulgarian National Film Center and Sofia Municipality, we give free entrance to students from high schools and universities for these screenings.

Each film is presented before the screening, and there is a discussion with the audience afterwards, hosted by the great Bulgarian filmmaker Georgi Djulgerov or by the famous film critic Antonia Kovacheva. Each new Bulgarian film, which we present in our educational program, has a Q&A afterwards with members of the cast and crew. Our ambitions are to develop this module with a documentary programme and with a programme orientated to history of cinema.

What about the digitalization of cinemas? How will it affect your work and your cinema?

We just digitalized the Cinema House! Thanks to support from the Bulgarian National Film Center and the MEDIA Programme we partly covered our expenses including not only the digital cinema projector Barco 23B, the server Dolby and the 3D tool Real D, but also the silver screen, the masking, the Dolby Digital processor, and the JBL surround speakers. We also had to renovate our heating system, and we have other plans for refurbishment of the hall.

That’s why we applied again to the Bulgarian National Film Center and we do hope to get the necessary support in order to wrap our plans. The digital opening of the Cinema House was impressive – with Pina 3D and a special video from Wim Wenders.

The Cinema House was initially the cinema center of the Union of Bulgarian Filmmakers and it opened its doors for general audience in 1990. Stefan Kitanov was its director from 1992 to 1999. Since 2003, the Cinema House is managed by the production company Art Fest (managed by Stefan Kitanov) and in 2009 the company Camera (co-managed by Dimitar Gotchev) also joined the management. The Cinema House is part of the Europa Cinemas network and is one of the key cinema theaters for the big Sofia film festivals – Sofia International Film Festival, Cinemania and the Festival of European Coproductions.

Stefan Kitanov was director and programmer of the Cinema House between 1992 and 1999. Since 2003 he became its manager, and since 2009 he is co-manager. Kitanov founded Sofia International Film Festival in 1997. Since 2000, he produced and co-produced 12 films, and over the last 10 years he released in Bulgaria more than 50 European and independent films. He was also Bulgarian representative in the Board of Management of Eurimages (1997-2000). In 2012 he received The Best Entrepreneur of the Year Award by Europa Cinemas.

Vladimir Trifonov was Programme Manager at Cinema House between 2003 and 2006, and also starting 2007. From 2008 to 2011 he was Head of Film Selection at the Film Department of Bulgarian National Television (www.bnt.bg). Starting 2003 is he the programmer of the annual festival Cinemania (www.kinomania.bg). From 2002 to 2008 he was copywriter for HBO Bulgaria (hbo.bg). From 1996 and 2005 he was the editor-in-chief of the film magazine Ekran. He also edited several books and organised several retrospectives of famous directors at Cinema House.