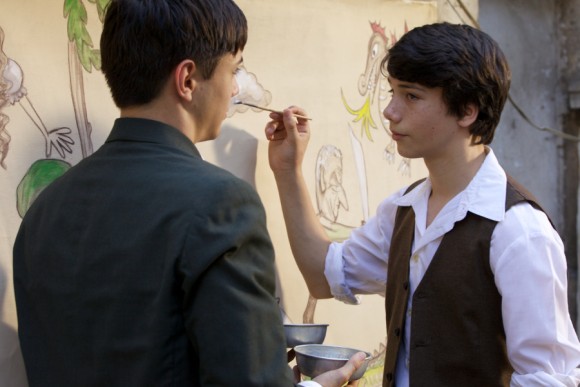 SOFIA: Ivan Nichev has started production on the Bulgarian-Israeli coproduction Concert for the Survivals at Nu Boyana Film Studios (www.nuboyana.com) where the production has planned 12 shooting days

Known for his lasting interest in the saving of 50,000 Bulgarian Jews during WWII, Nichev is shooting his 1.2 m EUR feature in Sofia. The plot returns to 1943 and tells the emotional story of two Bulgarian adolescents, both in love with a beautiful Jewish girl from Greek Kavala. Unfortunately Sheli happens to be among the 11,682 Jews from Northern Greece and Macedonia forced by the Nazis to cross Bulgaria by train and continue to Vienna and the concentration camps.

Following After the End of The World (1998) and A Journey to Jerusalem (2003) Nichev defines Concert for the Survivals as “the last of a trilogy on dramatic events and human fates from the Balkans in the years of WWII. With Concert for the Survivals, largely based on over 40 documentary testimonies fictional story, we want to witness the way Bulgarians saved their Jewish compatriots. At the same time, we want to show the sympathy and the understanding they had for the Jews from Greece and Macedonia, who alas could not be rescued,” Nichev said.

The film is a co-production between Bulgaria’s Cinepaz and Israel’s Cinisima. It received a grant of 485,727 EUR from the Bulgarian National Film Centre (www.nfc.bg). United King Films invested through a presale.

“I wanted this film to be a co-production between Bulgaria and Israel, because it is an important historical truth to be told by both countries. We would like our film to reach as many Jewish people as possible all over the world,” Nichev said. The release of the film is planned for March 2014.